ON THE ONE HAND ON THE OTHER HAND GN (MR) 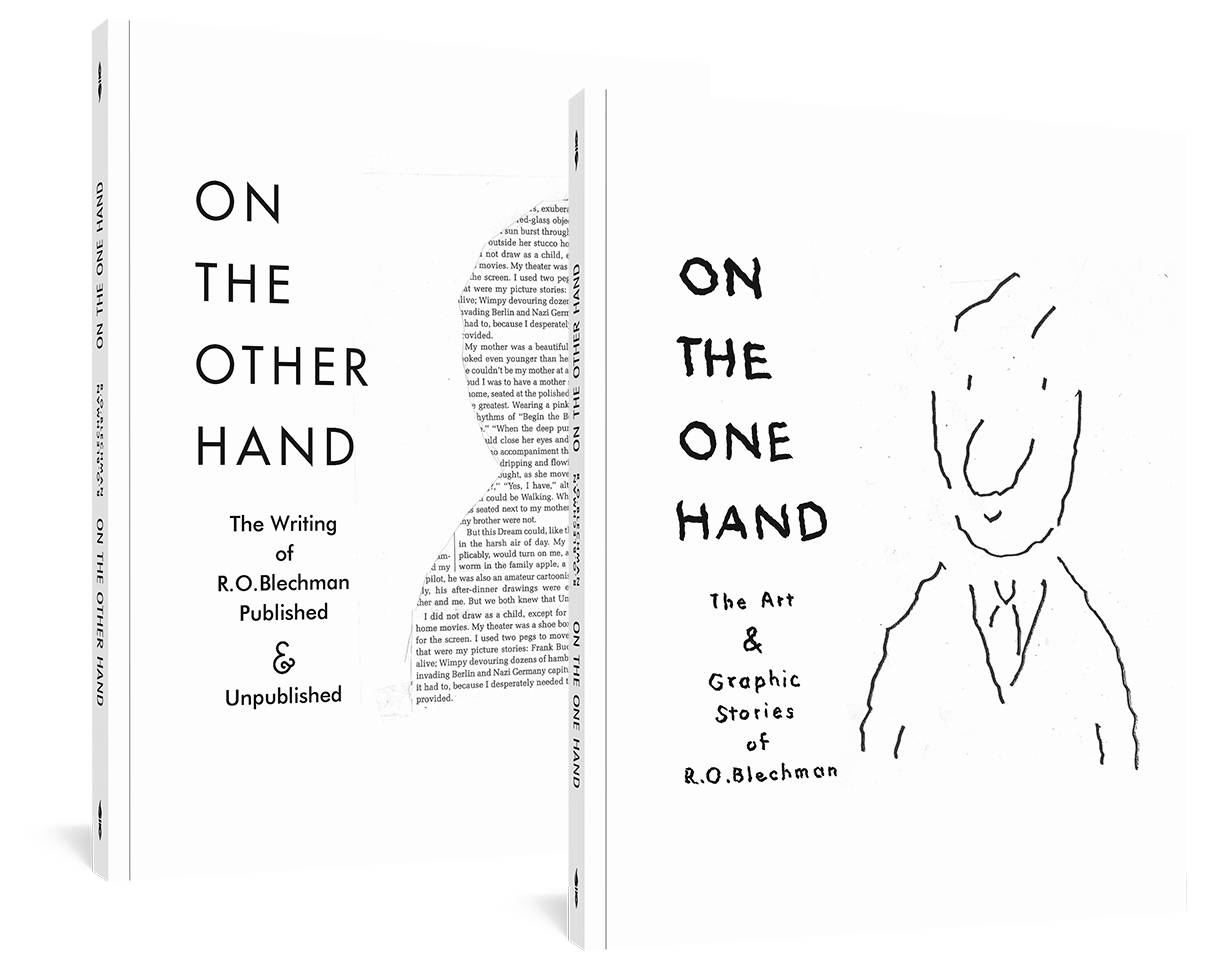 # # #
OCT218676
(W) R. O. Blechman
The wit and wisdom of R.O. Blechman,
cartoonist, commentator and iconoclast.
Many readers will be familiar with Blechman's covers for
The New Yorker magazine, more will be familiar with the countless
books for children and adults he's illustrated (or written
and illustrated) since 1953, and many more will be familiar
with his animated Christmas short for CBS, his commercials
for Alka-Seltzer, and for his Emmy Award-winning animated
presentation, The Soldier's Tale (PBS). On The One Hand/On
The Other Hand collects the best of Blechman's writing and
drawing from across the breadth of nearly his 70-year career as
cartoonist, commentator, and iconoclast. It includes a portfolio
of 17 of Blechman's graphically sublime covers for the fabled
Story magazine, as well as essays that offer trenchant insights - both playful and
profound - on the state of our culture today. These include his personal perspective
on film, theatre ("Well, let's be fair to Franz Kafka. Can you blame a cockroach?"),
literature, history, politics, social change, and his fellow cartoonists and illustrators.
Blechman shares his hard-earned insights and personal anecdotes on persisting
your way to success ("Second Acts"), on growing older but not surrendering youth
("I'm Not Finished"), and on the constraints that every artist from caveman days to
the present must overcome. ("Against those odds, confidence is hard to come by.")


R.O. BLECHMAN (b. 1930) is an award-winning illustrator, animator, graphic designer,
and art director best known for his many books and his witty and incisive covers for
The New Yorker. He is the founder of The Ink Tank, an animation studio he operated
for 27 years. He has received an Emmy Award for animation, was inducted into the Art
Directors Club Hall of Fame and the Society of Illustrators Hall of Fame, and was given
the Milton Caniff Lifetime Achievement Award from the National Cartoonists Society.
In Shops: Jan 05, 2022
SRP: $45.00
ORDER WISH LIST