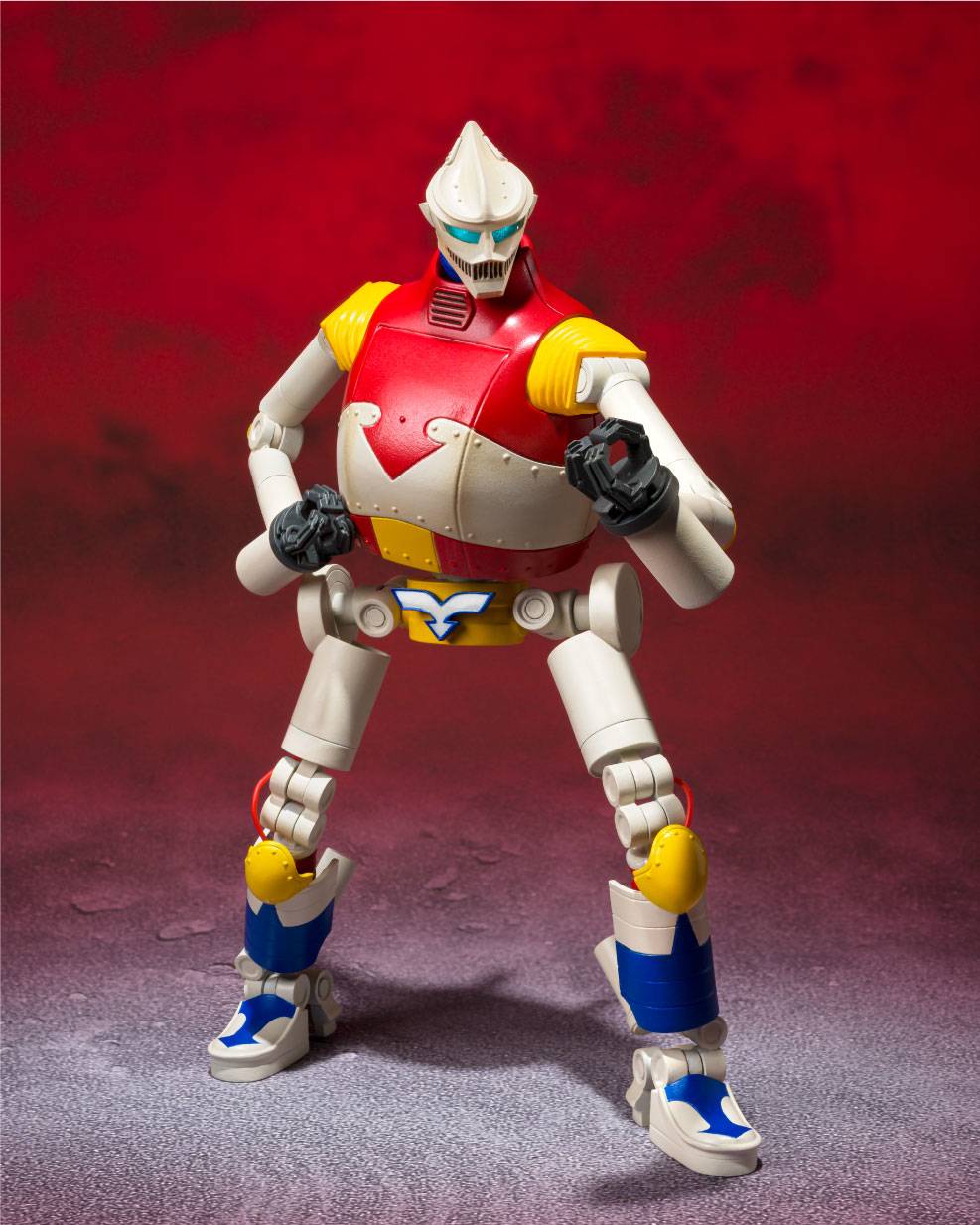 #
OCT218014
From Tamashii Nations. The 2021 incarnation of Jet Jaguar, as seen in Godzilla S.P. (Singularity Point), joins S.H.Monsterarts! Overseen by Eiji Yamamori, who handled the designs for the animated series, it's a faithful portrayal of the heroic machine. It utilizes translucent parts for accurate detail, while shoulders and elbows incorporate flexible materials for natural posability. The set includes options for replicating three forms of Jet Jaguar: as he appeared during the climactic battle, with an Anglias spear for Jet Jaguar beta, and with a flight pack for Jet Jaguar beta flight mode. Also includes an unpainted Yun Arikawa figure that can ride on Jet Jaguar beta's shoulder in flight mode! This action figure stands approximately 6 1/4" tall.