END AFTER END #1 CVR B KANGAS 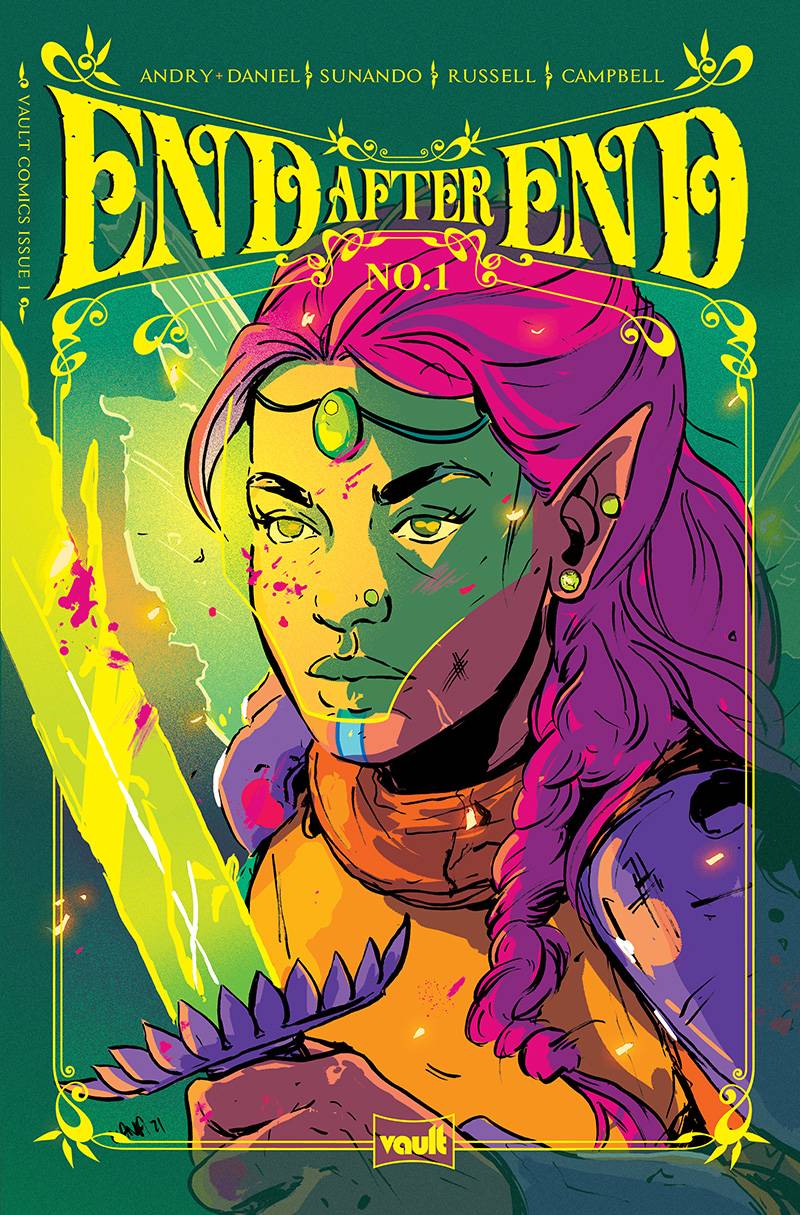 #
OCT211848
(W) David Andry, Tim Daniel (A) Sunando C (CA) Liana Kangas
Life is nothing if not a series of endings.
School. Jobs. Friendships. Love.
Until THE end.
Walter Willem's end was fast and unexpected. His was an unremarkable life. So, how is it that his story continues as cannon fodder in an endless war waged against an insatiable darkness hellbent on consuming all of existence?
And is Walter right in believing he's arrived in the midst of this titanic battle as the one destined to finally end it?
That's the tale of the End After End.
In Shops: Jan 12, 2022
SRP: $3.99
View All Items In This Series
ORDER SUBSCRIBE WISH LIST