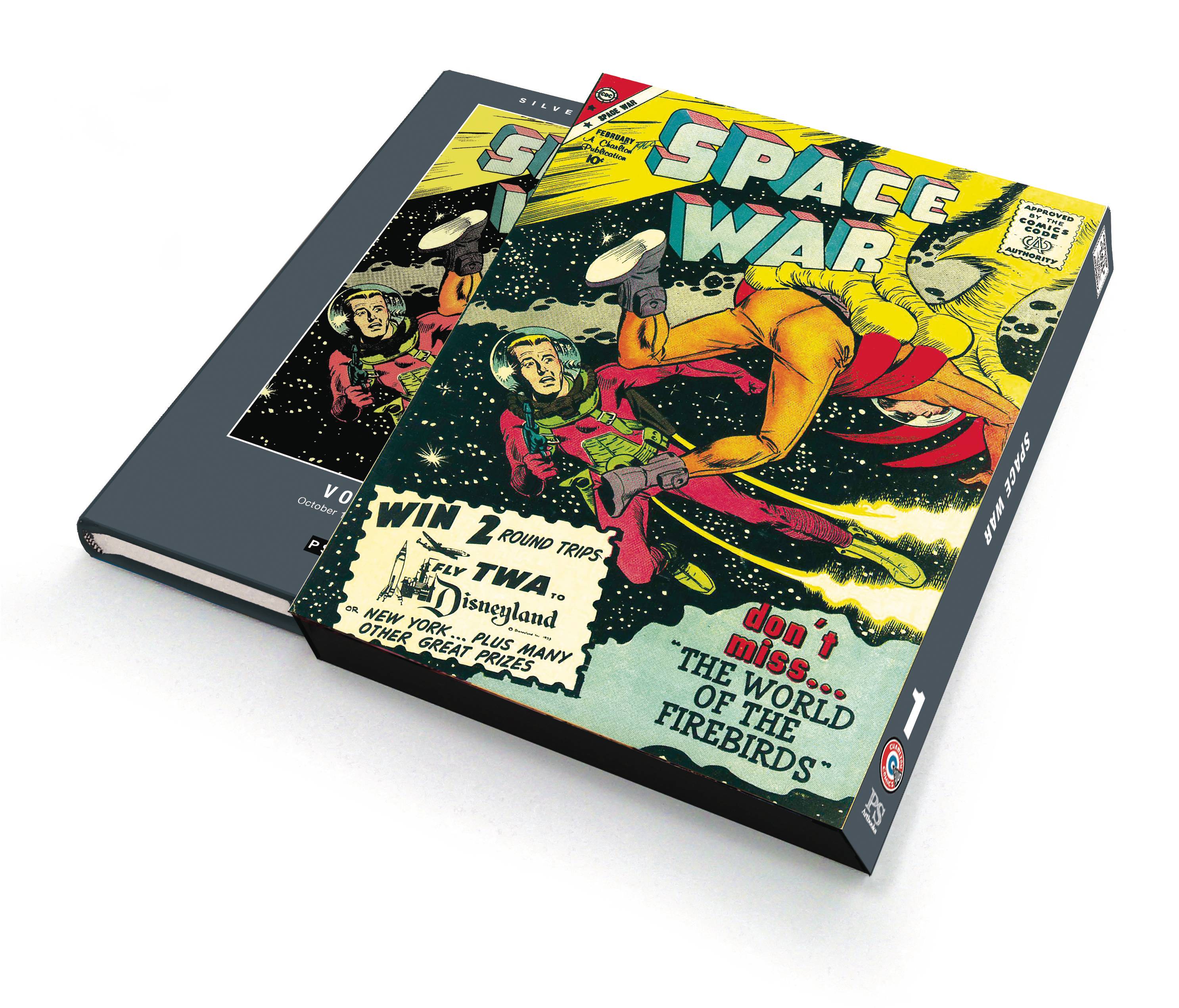 #
OCT211688
(W) Joe Gill (A) Bill Molno, Steve Ditko, Bill Fraccio, Matt Baker, Charles Nicholas, Dick Giordano, Bill Montes, Jon D'Agostino
This bumper-full line-up from Charlton Comics' other-worldly SPACE WAR has everything you could imagine from 'Abandon Spaceship' to 'Exiled to Earth' crammed between the pages. Starting with #1 from  October 1959 and running through to #27 March 1964, before re-entering orbit with #28 in March 1978  through to #34 March 1979 it certainly was a long space war!
Featuring the  writing talents of the prolific Joe Gill and artists Dick Giordano, Matt Baker, Bill Montes, Bill Molno, Bill Fraccio, Jon D'Agostino, Charles Nicholas and of course Steve Ditko.
You just won't be able to put this science fiction spectacular down and if you're quick, you can probably fight off several groups of marauding aliens before your mum calls you in for supper.
In Shops: May 25, 2022
SRP: $56.99
View All Items In This Series
ORDER SUBSCRIBE WISH LIST