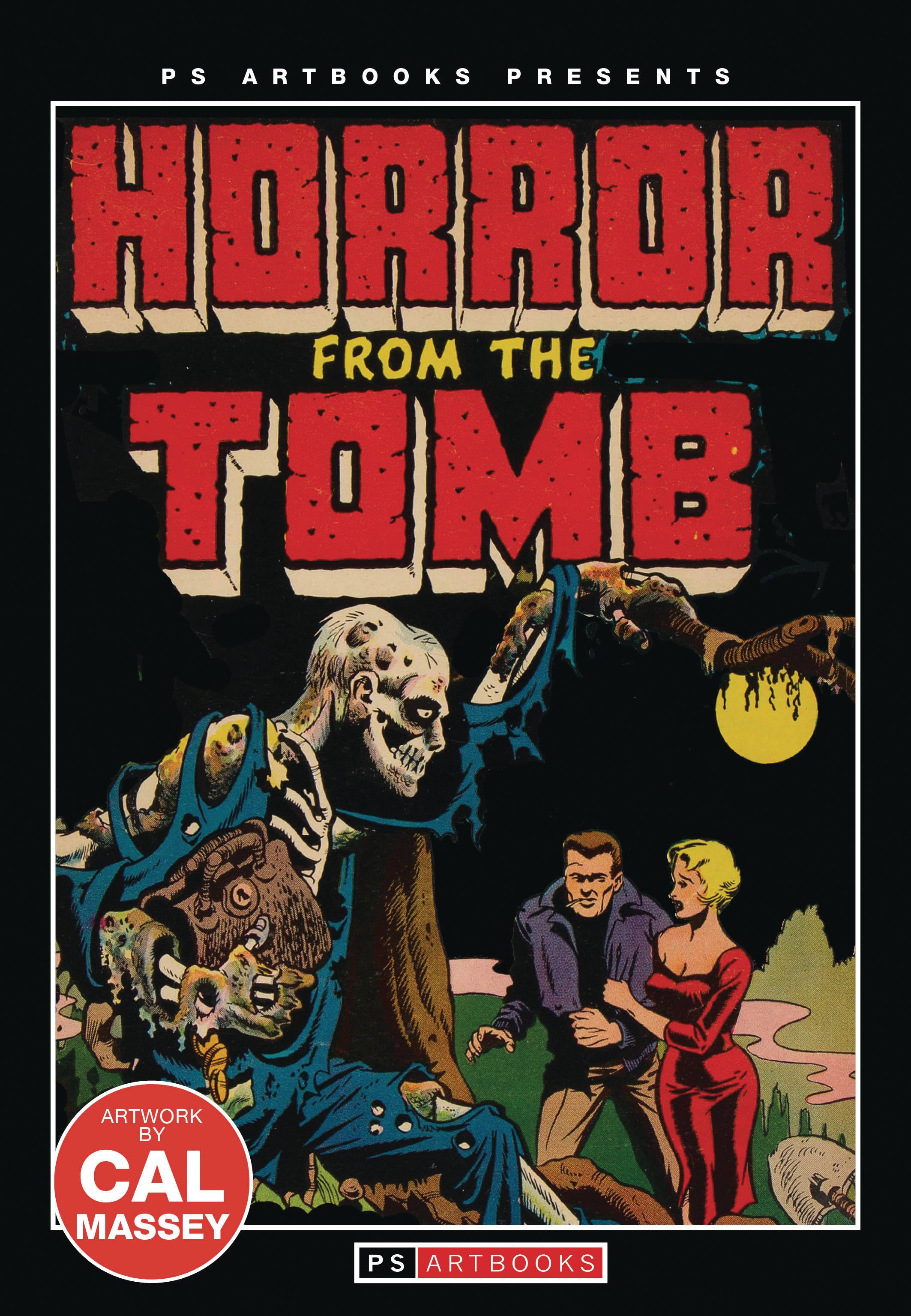 #
OCT211681
(A) Angelo Torres, Jon D'Agostino, Cal Massey, Jack Abel, Mannie Banks
This is Premier's only entry into the pre-Code horror field, and boy is it a doozy! People melted down for their bones, beheadings, all the things Wretham was so aghast over! It's the only issue in the series as it was killed by the distributor's (Kable News) President, George B. Davis, after he saw the issue. But like all good horror stories it quickly morphed and continued in the guise of Premier's long-vanished Mysterious Stories. Packed with a rattling collection of not-so-cuddly corpses and damsels in distress and featuring such writers and artists as George Woodbridge, Angelo Torres, John D'Agostino, Cal Massey and Mannie Banks, just make sure the door's locked when you start reading this little horror! Reprints Horror from the Tomb #1 (September 1954).
In Shops: Jan 26, 2022
SRP: $16.99
View All Items In This Series
ORDER SUBSCRIBE WISH LIST