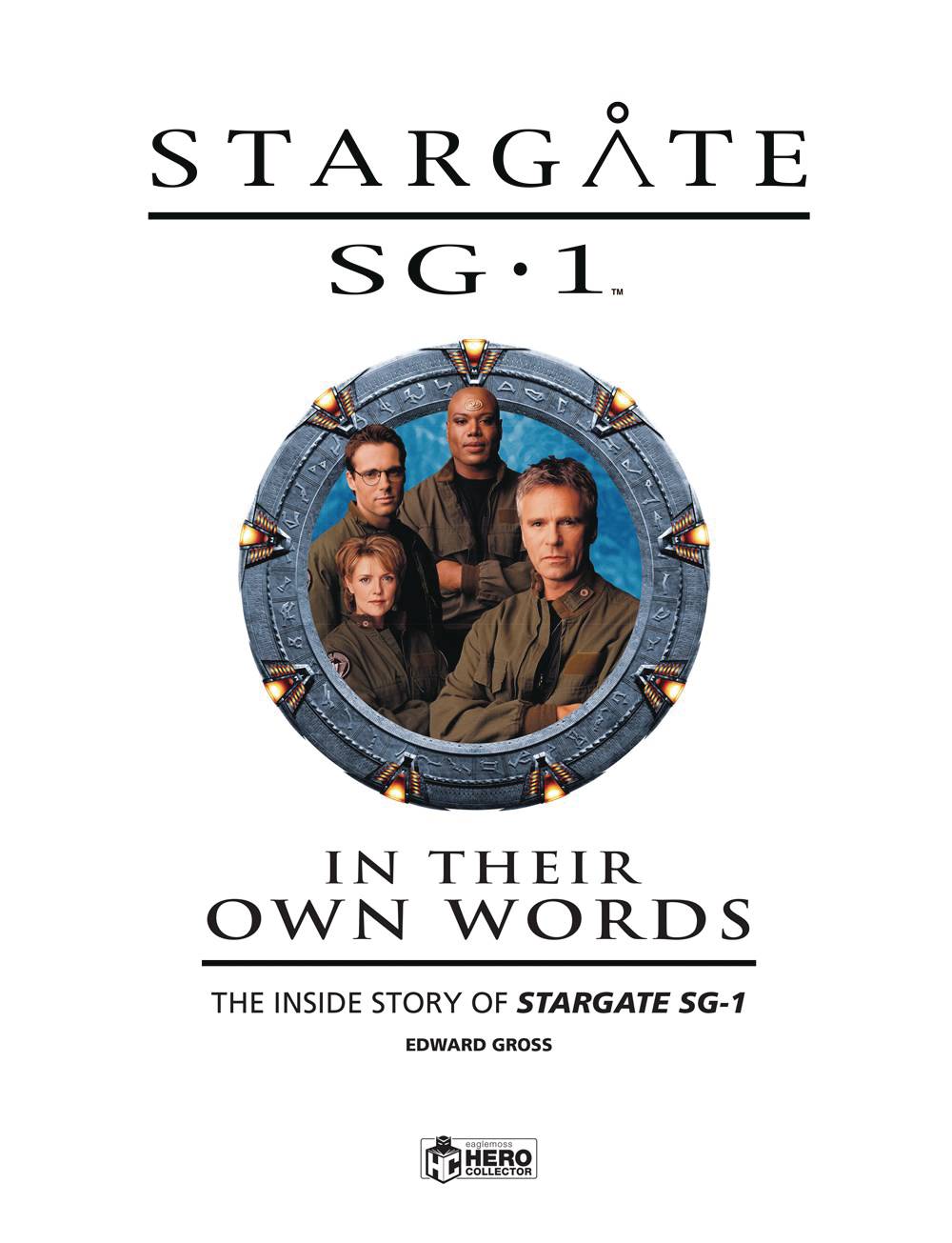 #
OCT211533
(W) Ed Gross
Stargate SG-1 ranks as one of the most popular science-fiction shows in television history. The series debuted in 1997 as a sequel to the 1994 movie Stargate and starred Richard Dean Anderson, Amanda Tapping, Michael Shanks, Christopher Judge, and Don S. Davis. Stargate SG-1: In Their Own Words Volume 1 delivers an insider's point of view examining the show's development, production, writing, visual effects, and more, with comments from all the key actors, producers, writers, and other behind-the-scenes talents who helped bring the series to life.