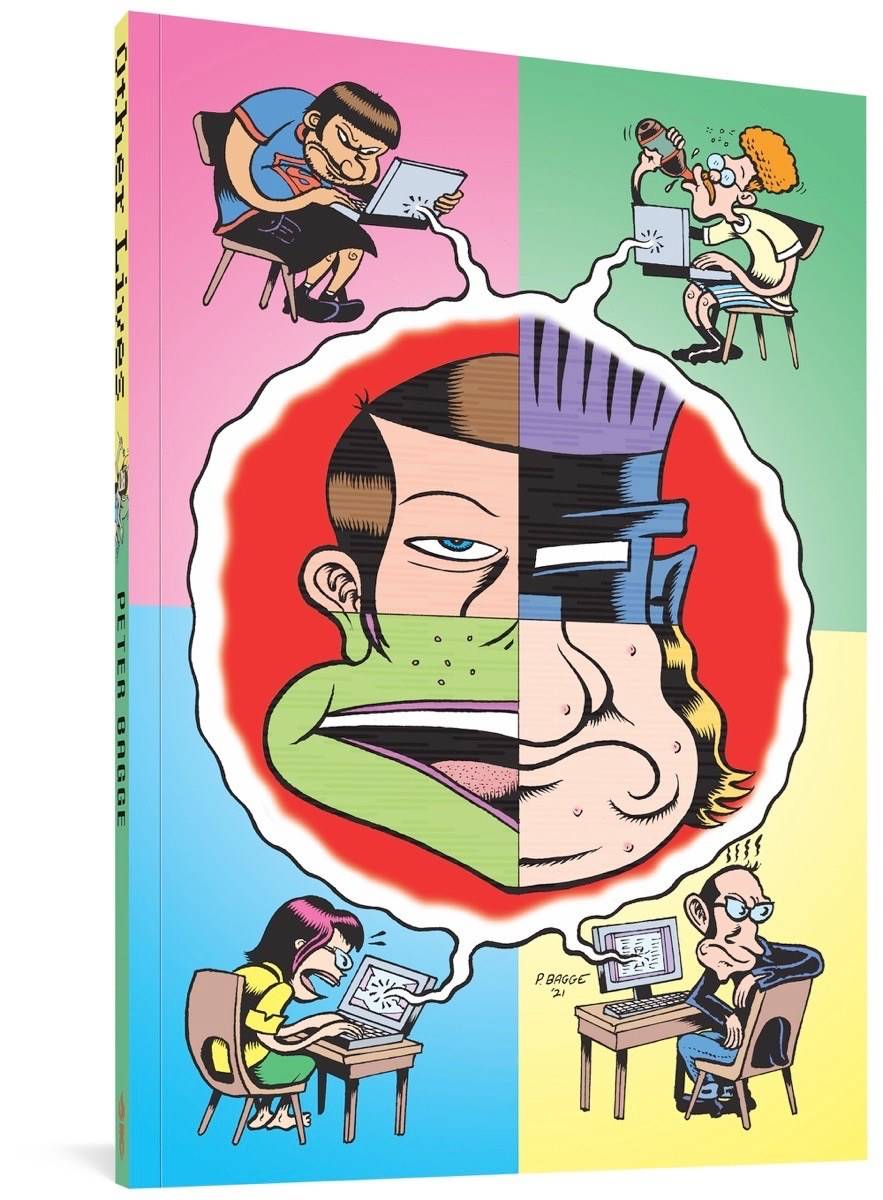 #
OCT211481
(W) Peter Bagge
Other Lives follows three former college classmates: a self-loathing journalist whose family secret is the least of his problems; his girlfriend, whose obsession with getting married borders on Bridezilla status; a conspiracy theorist who may or may not work for the Homeland Security but definitely lives with his mother; and a divorced, unemployed gaming addict who lives in his car. While it's their past that unites them, it's their fabricated online identities - some more dangerous than others - that lead to their "real" lives colliding years later.
Originally published in 2010 by DC Comics' Vertigo imprint, Other Lives is Bagge's first post-Hate original graphic novel and has been out of print for several years. Fantagraphics is proud to publish this new edition, at a time when Bagge's oeuvre is enjoying renewed interest following the release of The Complete Hate in late 2020.
In Shops: Dec 08, 2021
SRP: $17.99
ORDER WISH LIST