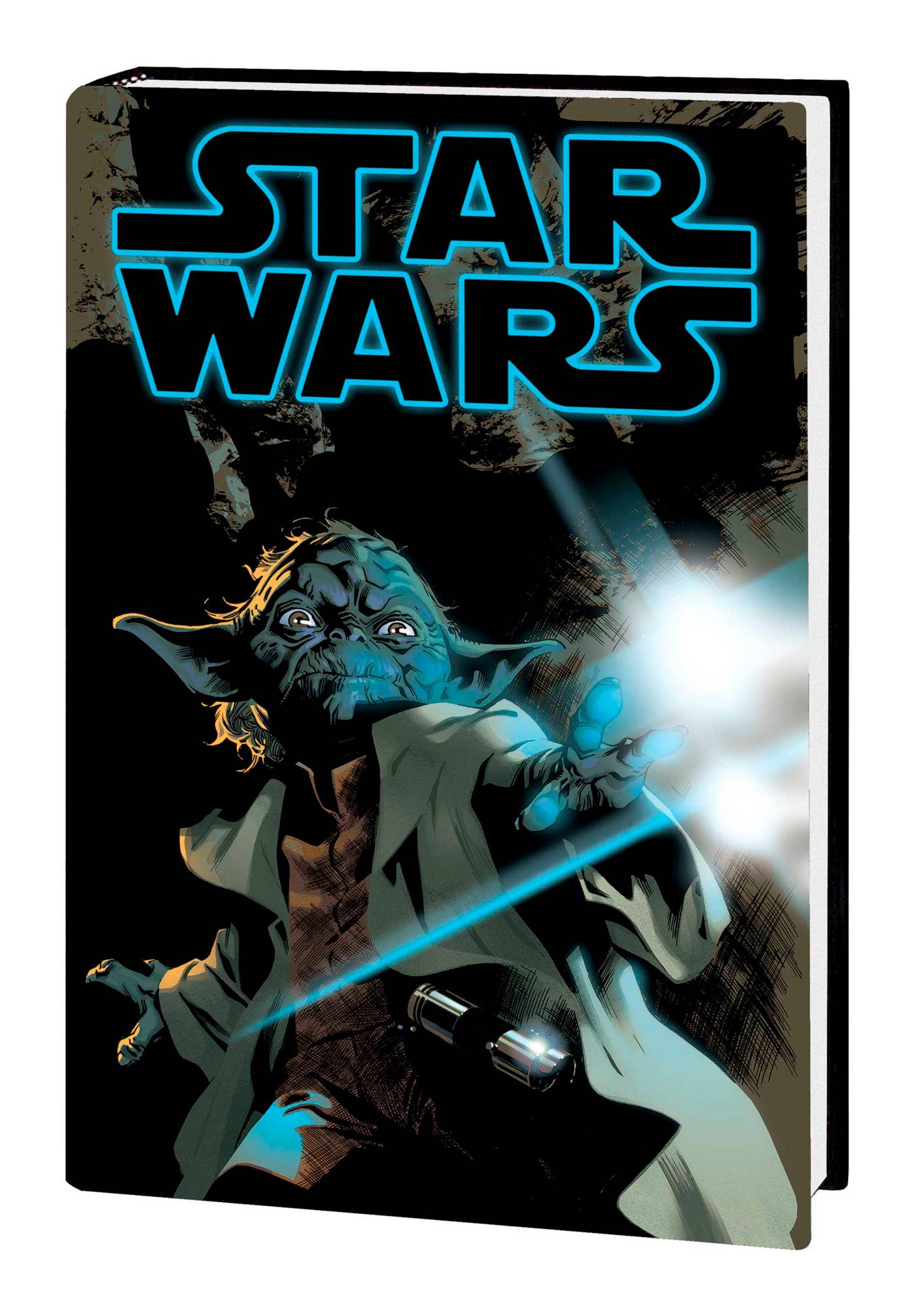 #
OCT210984
(W) Jason Aaron, More (A) John Cassaday, More (CA) Stuart Immonen
When Star Wars returned to Marvel, Jason Aaron was the ideal candidate to steer the rebels into all-new adventures! Now Aaron's entire saga is collected in full! The Death Star has been destroyed - but the Empire isn't toppled yet! Join Luke Skywalker, Princess Leia, Han Solo, Chewbacca, C-3PO and R2-D2 as they continue the fight for freedom against Darth Vader! Luke battles Boba Fett! A woman from Han Solo's past returns! The Dark Lord crash-lands - but you can't keep Vader down for long! And the roguish Doctor Aphra lures Luke to the Screaming Citadel! Plus: the deadly stormtroopers of Scar Squadron - and tales from the journals of Obi-Wan Kenobi! Collecting STAR WARS (2015) #1-37, STAR WARS: VADER DOWN, DARTH VADER (2015) #13-15, STAR WARS: THE SCREAMING CITADEL, STAR WARS: DOCTOR APHRA (2016) #7-8 and STAR WARS ANNUAL (2015) #1-3.
Rated T
In Shops: May 04, 2022
SRP: $125.00
ORDER WISH LIST