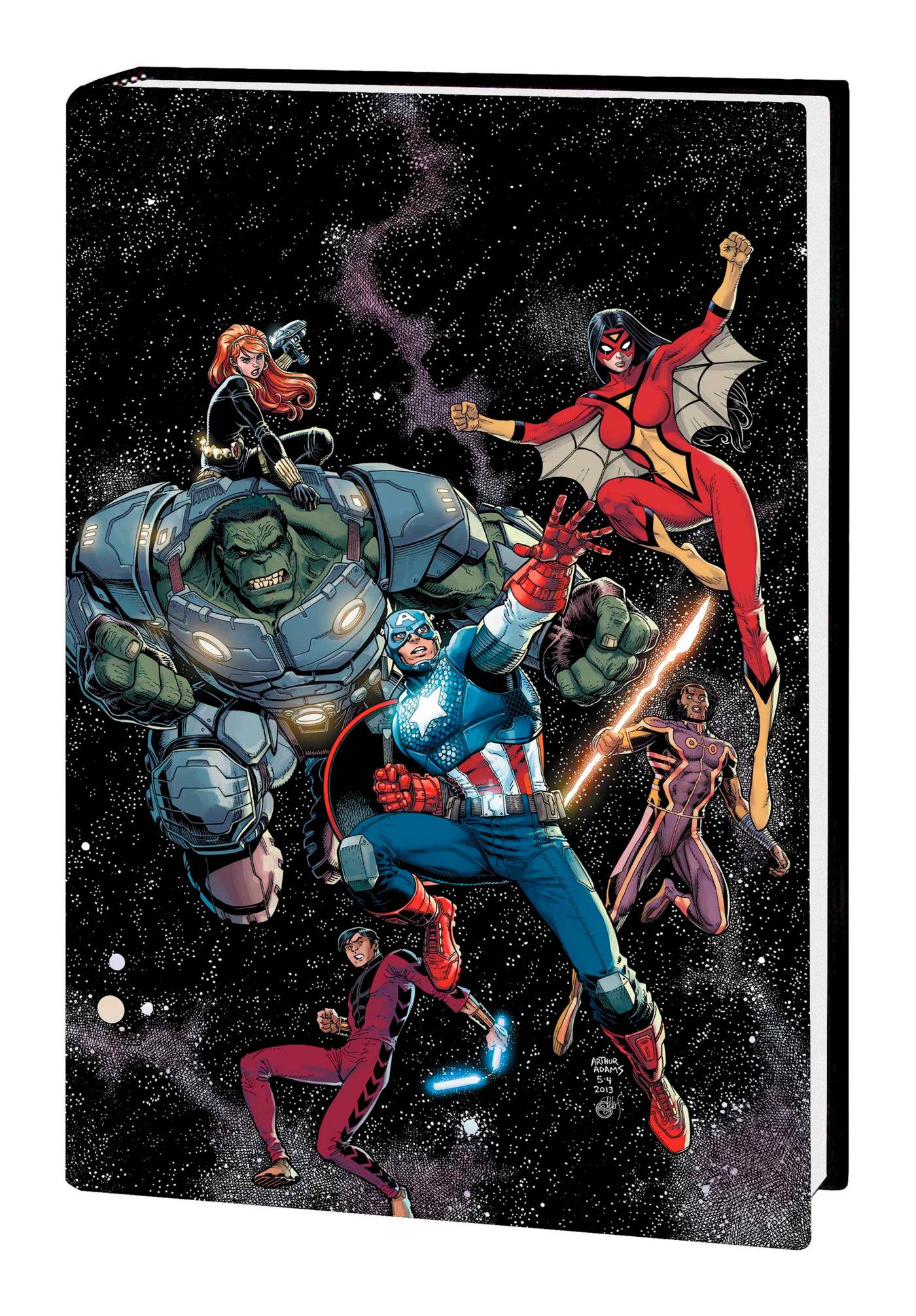 #
OCT210979
(W) Jonathan Hickman, More (A) Jerome Opena, More (CA) Art Adams
Modern visionary Jonathan Hickman begins his Marvel magnum opus! As threats to Earth mount, the Avengers expand! But even the mightiest roster of all may be powerless in the face of what's coming! And while Iron Man and Captain America assemble their Avengers World and strive to decipher the meaning of the White Event, Tony Stark secretly tries to solve the biggest crisis of all, along with his influential allies the Illuminati! While they seek to prevent the collapse of reality itself, the Avengers face a war on two fronts! Protecting Earth from the Builders may only hand it to...Thanos! Collecting AVENGERS (2012) #1-23, NEW AVENGERS (2013) #1-12, INFINITY #1-6, INFINITY: AGAINST THE TIDE INFINITE COMIC #1-2, ASTONISHING TALES: MOJOWORLD #1-6 and material from SHANG-CHI: MASTER OF KUNG FU (2009) #1.
Rated T+
In Shops: Oct 19, 2022
SRP: $125.00
View All Items In This Series
ORDER SUBSCRIBE WISH LIST