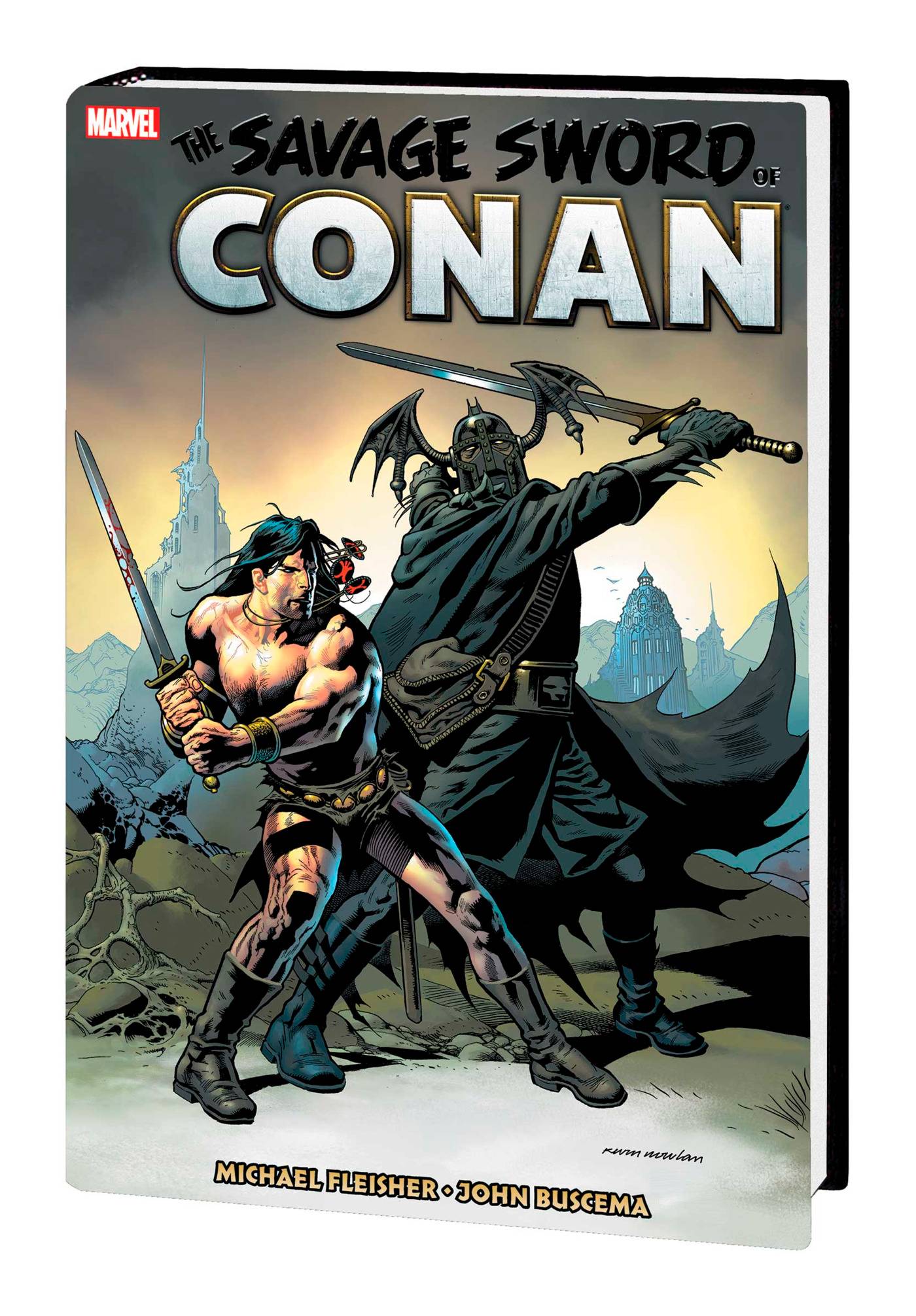 #
OCT210972
(W) Michael Fleisher, More (A) John Buscema, More (CA) Kevin Nowlan
SAVAGE SWORD enters an exciting new era with the debut of one of Conan's deadliest super villain adversaries: Wrarrl, better known as the Devourer of Souls! He earned that title by consuming the life force of anyone standing in his way - but he's never met a foe as ardent as Conan! Their iconic battle is the first of several engagements between the two in Marvel Conan lore. And returning to menace Conan is another of his legendary rogues' gallery: Captain Bor'aqh Sharaq, once thought dead, but hunting Conan on a quest for vengeance! This Omnibus edition is packed with Conan classics, with stories by Michael Fleischer and Priest and art by all-time Conan great John Buscema! Collecting SAVAGE SWORD OF CONAN (1974) #88-101.
Mature
In Shops: Apr 27, 2022
SRP: $150.00
View All Items In This Series
ORDER SUBSCRIBE WISH LIST