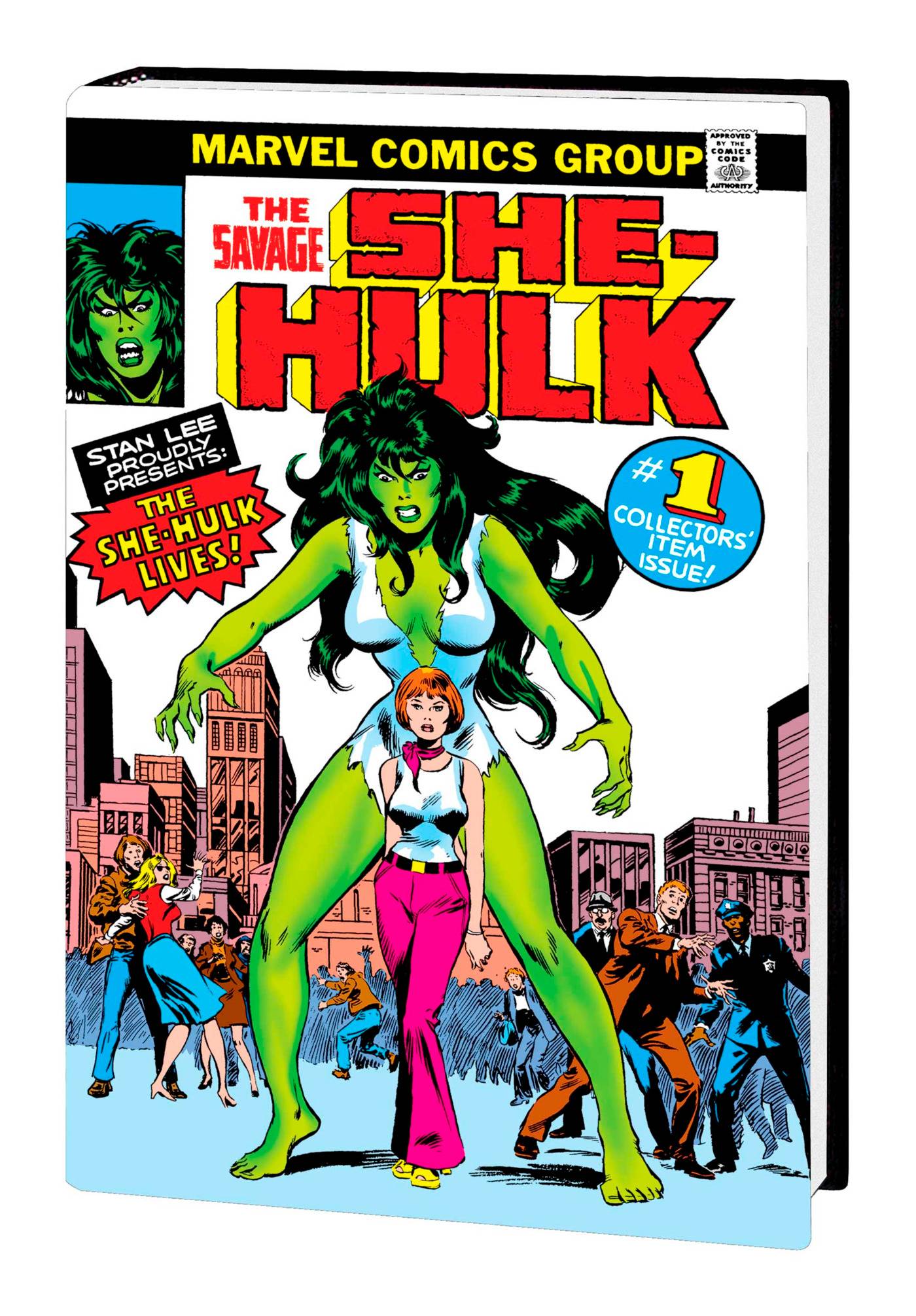 #
OCT210971
(W) David Anthony Kraft, Stan Lee (A) Mike Vosburg, More (CA) John Buscema
The complete original adventures of She-Hulk in one mighty Omnibus! When criminal defense attorney Jennifer Walters is shot by a mob hitman, her cousin saves her life with a blood transfusion - but that cousin is Bruce Banner, and his gamma-irradiated blood turns Jen into the savage She-Hulk! Suddenly, she's a mean, green lawyering machine, and criminals the world over had better watch out. Conflict rages not just between She-Hulk and the many super-powered enemies in store, but between She-Hulk and Jennifer Walters as well! Our heroine's two halves are in a battle for control as She-Hulk fights transforming back into Jen, while Jen risks losing herself in the She-Hulk's power. And each has their own separate romantic interest to boot! It ain't easy being green! Collecting SAVAGE SHE-HULK #1-25 and MARVEL TWO-IN-ONE (1974) #88.
Rated T
In Shops: Apr 20, 2022
SRP: $100.00
ORDER WISH LIST