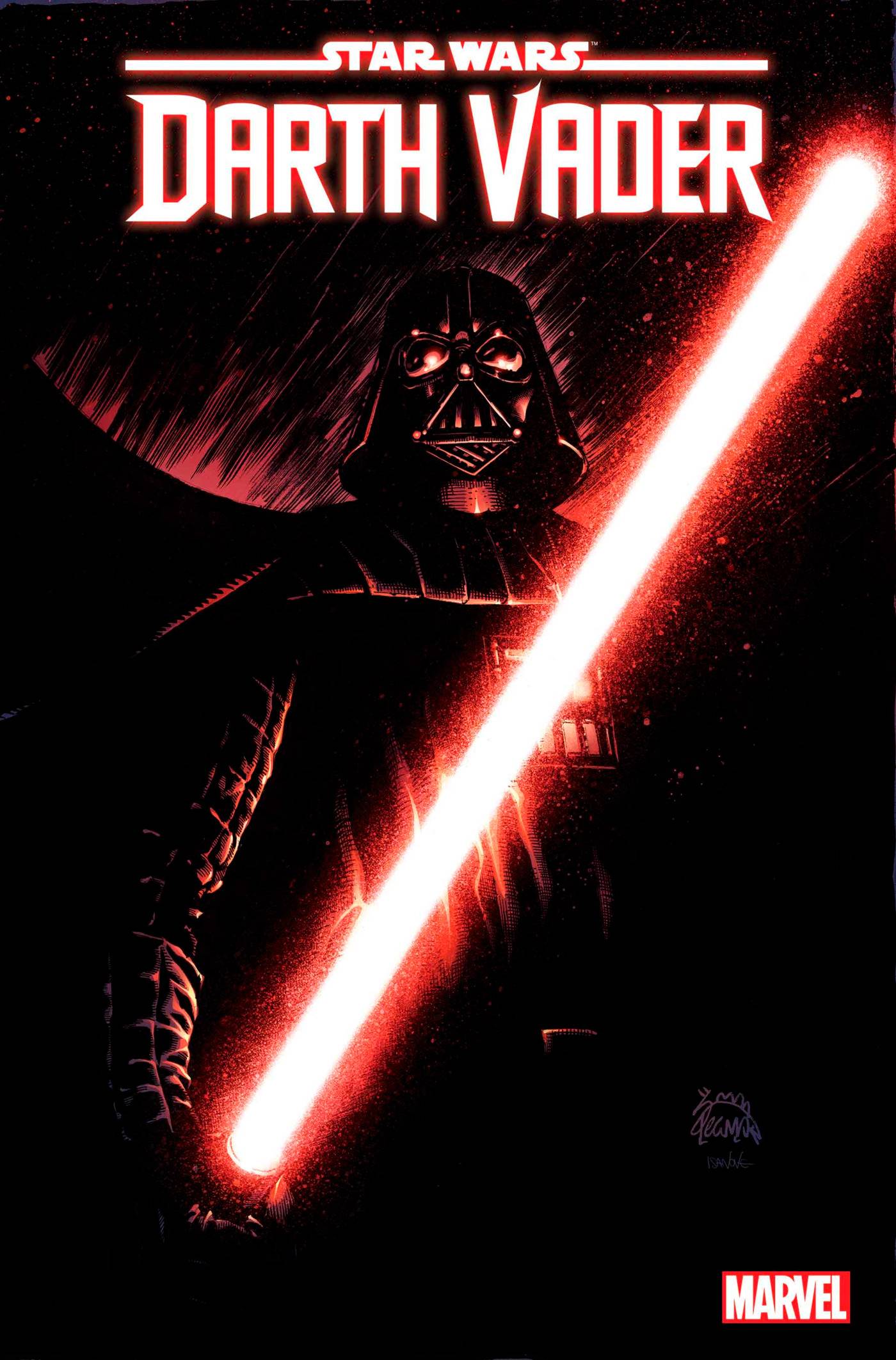 #
OCT210967
(W) Greg Pak (A) Guiu Villanova (CA) Ryan Stegman
DARK ORDER!
•  In the bowels of Bespin, DARTH VADER told his son he wanted to bring order to the galaxy.
•  Now Vader's promise is put to the test as he leads an unlikely crew of heroes and assassins against the criminal organization known as CRIMSON DAWN.
•  What does "order" mean to a DARK LORD OF THE SITH? How far will he go to fight for it as the depth of Crimson Dawn's infiltration becomes clearer? And what fate awaits the heroes who follow him into battle?
RATED T
In Shops: Dec 08, 2021
SRP: $3.99
View All Items In This Series
ORDER SUBSCRIBE WISH LIST