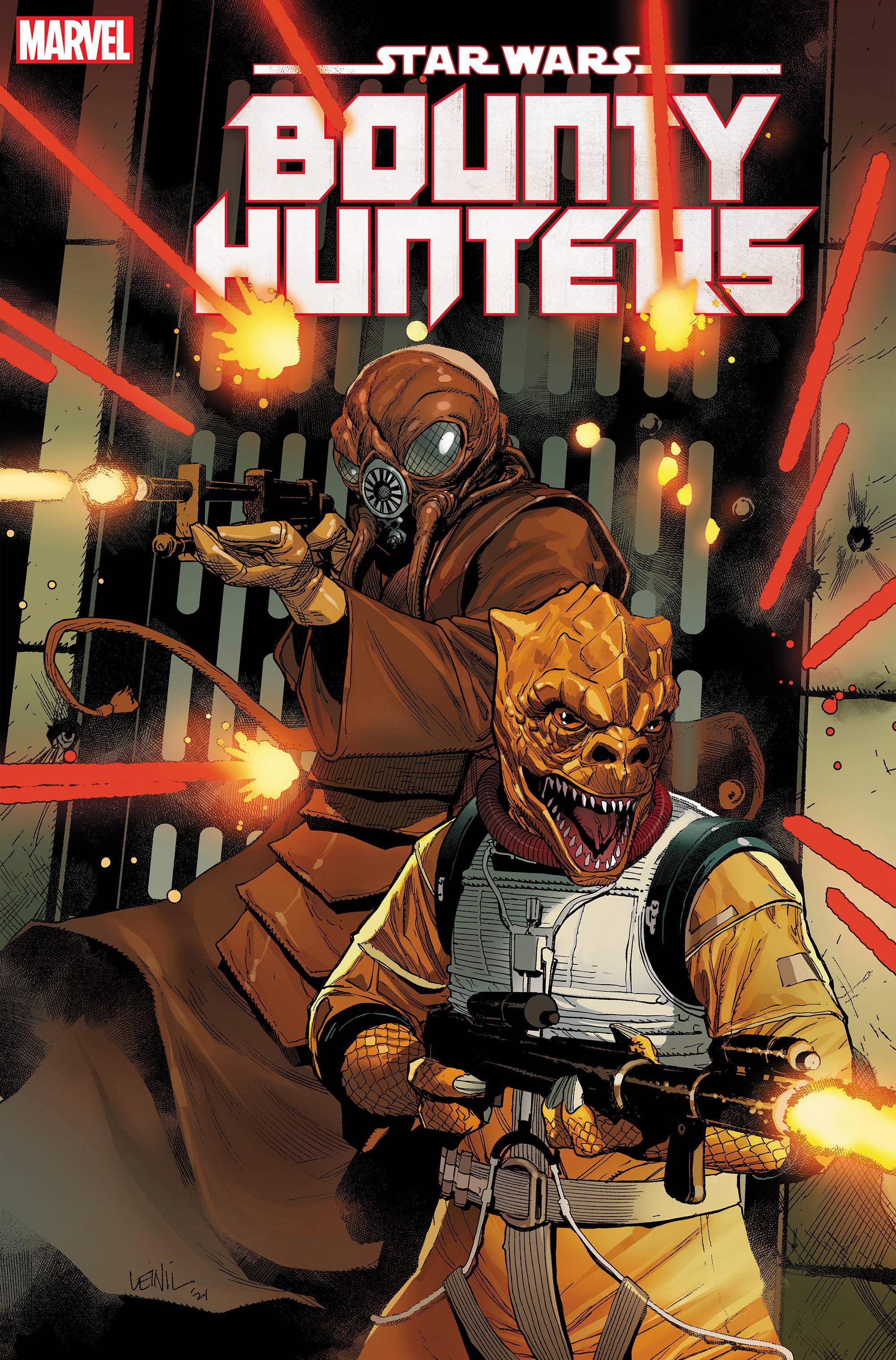 #
OCT210962
(W) Sacks, Ethan (A) Ramon Bachs (CA) Leinil Francis Yu
CHAOS SPREADS THROUGH THE UNDERWORLD!
•  As Crimson Reign has ignited the underworld in all-out war, T'ONGA's team of bounty hunters - including BOSSK, ZUCKUSS and TASU LEECH - are running out of time to save the one young girl who can stop the conflict between syndicates!
•  A mysterious bounty hunter is out to assassinate a high ranking Imperial officer in a daring hit on a heavily armed cruiser. But was the hunter given the right target?
RATED T
In Shops: Dec 08, 2021
SRP: $3.99
View All Items In This Series
PREORDER SUBSCRIBE WISH LIST