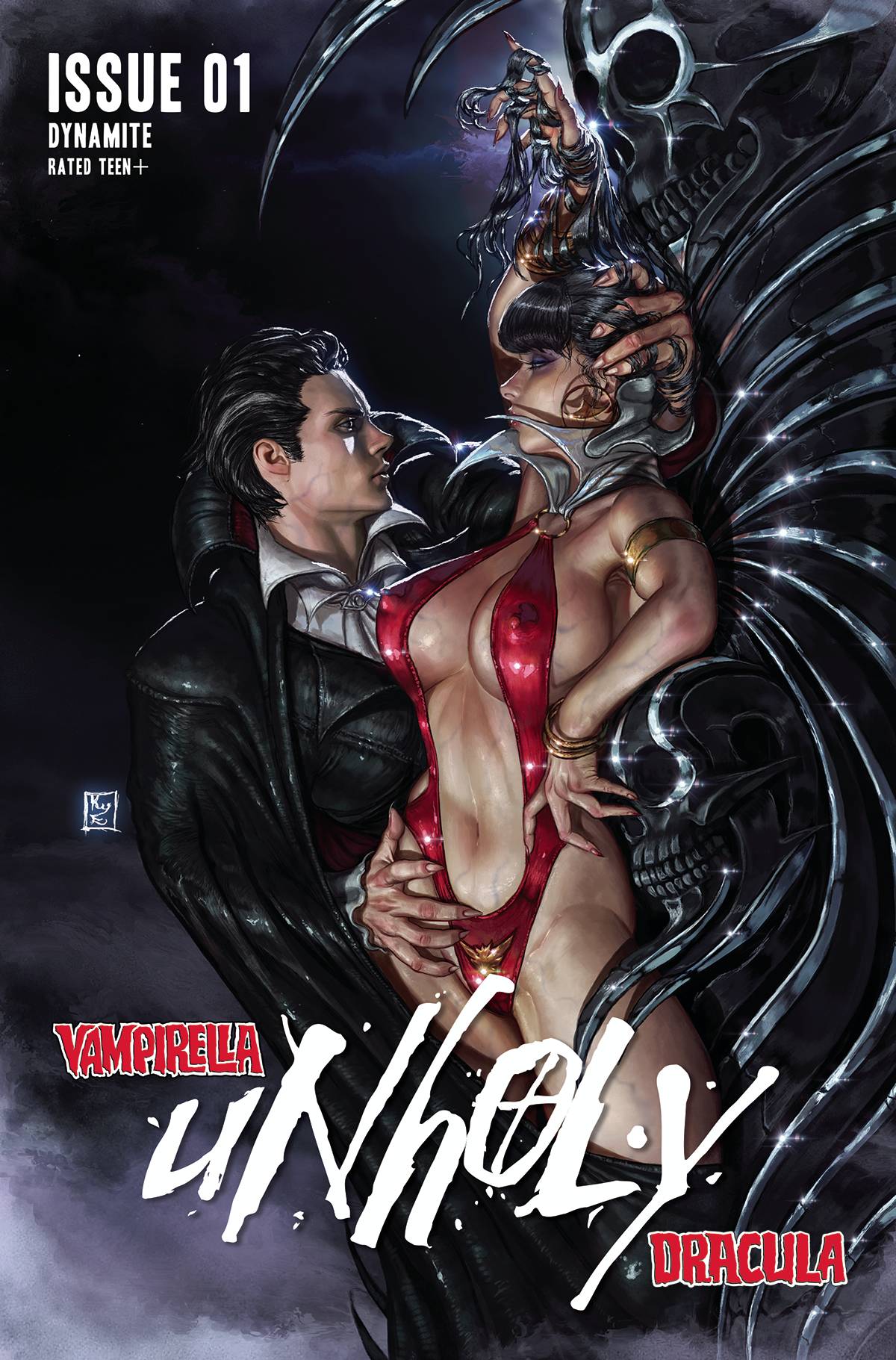 #
OCT210430
(W) Christopher Priest (A) Donny Hadiwidjaja (CA) KyuYong Eom
The honeymoon begins!  The adventure of several lifetimes begins as Vampirella and new husband Matt journey to Castle Dracula in Transylvania in an attempt to cheat fate by preventing both a high-tech virus and an ancient curse from using Matt's body to resurrect the deadliest threat the world has ever known. Meanwhile secrets and mystery grow around Vampi's spouse, who may not be nearly as innocent as he appears to be. Join us for this new series debut by twice-bitten writer Christopher Priest and bloodthirsty artist Donny Hadiwidjaja!
In Shops: Dec 15, 2021
SRP: $3.99
View All Items In This Series
ORDER SUBSCRIBE WISH LIST