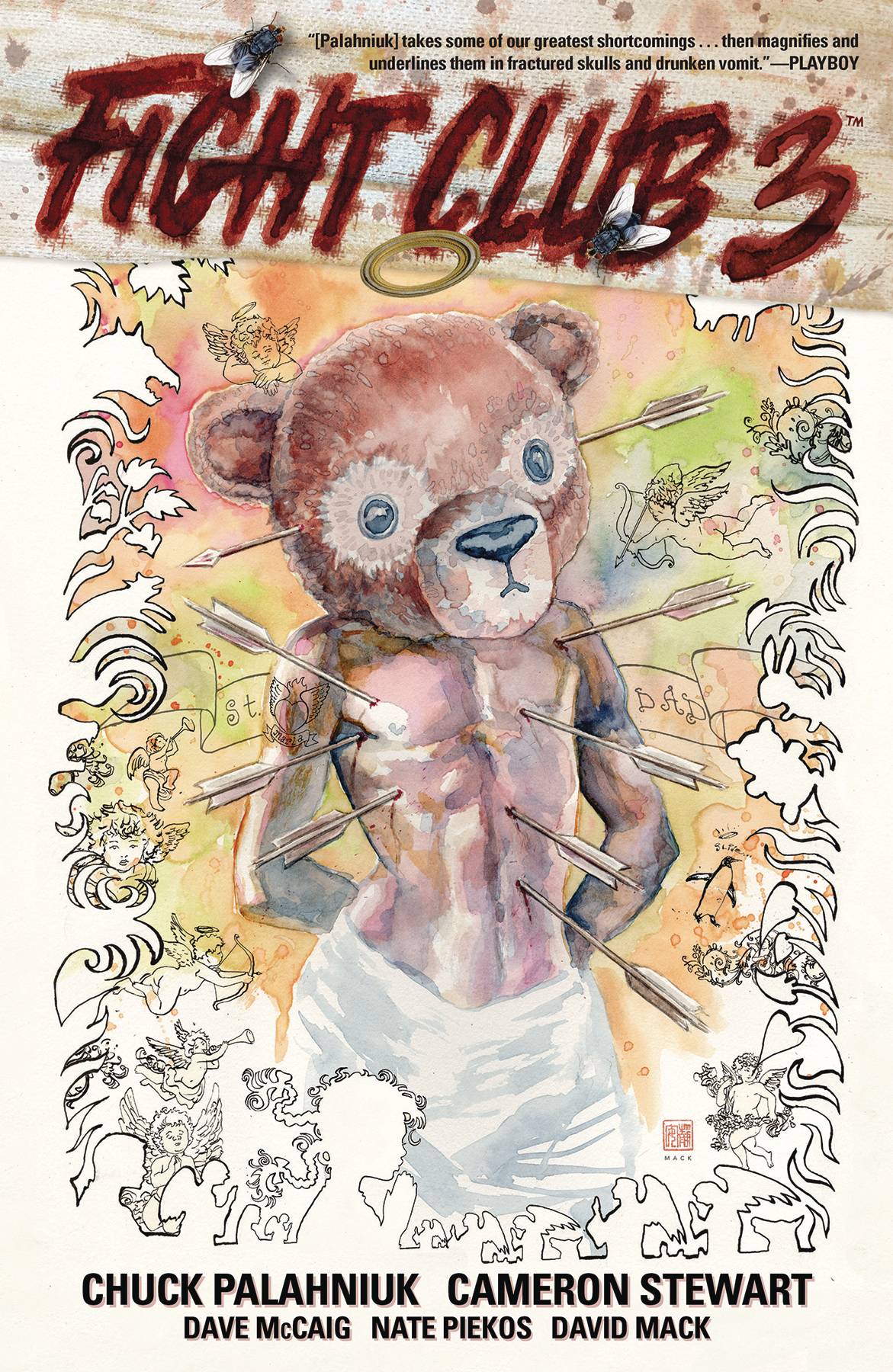 #
OCT210329
(W) Chuck Palahniuk (A) Cameron Stewart (CA) David Mack
A new movement has replaced Project Mayhem, and even Tyler Durden doesn't know how to play by these rules. Marla Singer is about to deliver her second child, but the daddy isn't her husband-it's Tyler, who's very invested in his heir, and the world he'll inherit, as Die Off Industries plots to fine-tune mankind. Bestselling novelist Chuck Palahniuk is back with his greatest creation, teaming once again with award-winning artists Cameron Stewart and David Mack. 2019's bestselling twelve-issue series is collected in one massive hardcover.
In Shops: Nov 17, 2021
SRP: $39.99
View All Items In This Series
PREORDER SUBSCRIBE WISH LIST