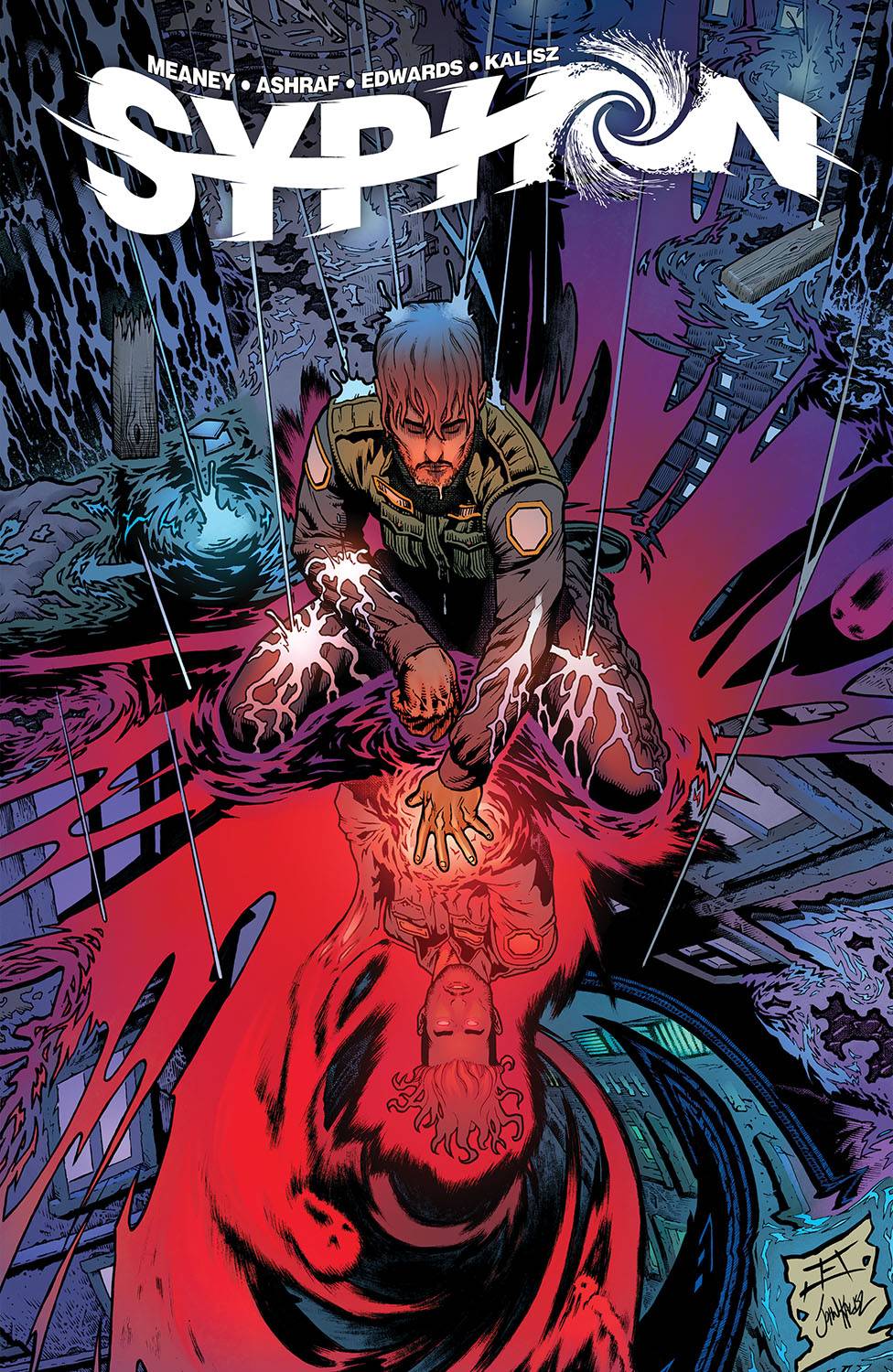 #
OCT210063
(W) Patrick Meaney, Mohsen Ashraf (A/CA) Jeff Edwards, John Kalisz
When fast-living EMT Sylas is entrusted with the power to sense and siphon pain from others, he finds a new purpose: easing the misery of those around him. But the more he uses this gift, the more he is cursed to carry the burden of others' pain, and before long, he attracts the attention of mysterious forces who covet the power for themselves. Will Sylas continue on his noble mission, or will he fall back into his old impetuous ways?
Comic book documentarian PATRICK MEANEY (Grant Morrison: Talking with Gods, The Image Revolution) teams up with artist JEFF EDWARDS (G.I. Joe) in a story by MOHSEN ASHRAF for a creator-owned noir fantasy that evokes the lore of Neil Gaiman's American Gods alongside the psychological thrills of M. Night Shyamalan's Unbreakable.
Collects SYPHON #1-3
In Shops: Dec 15, 2021
SRP: $16.99
ORDER WISH LIST