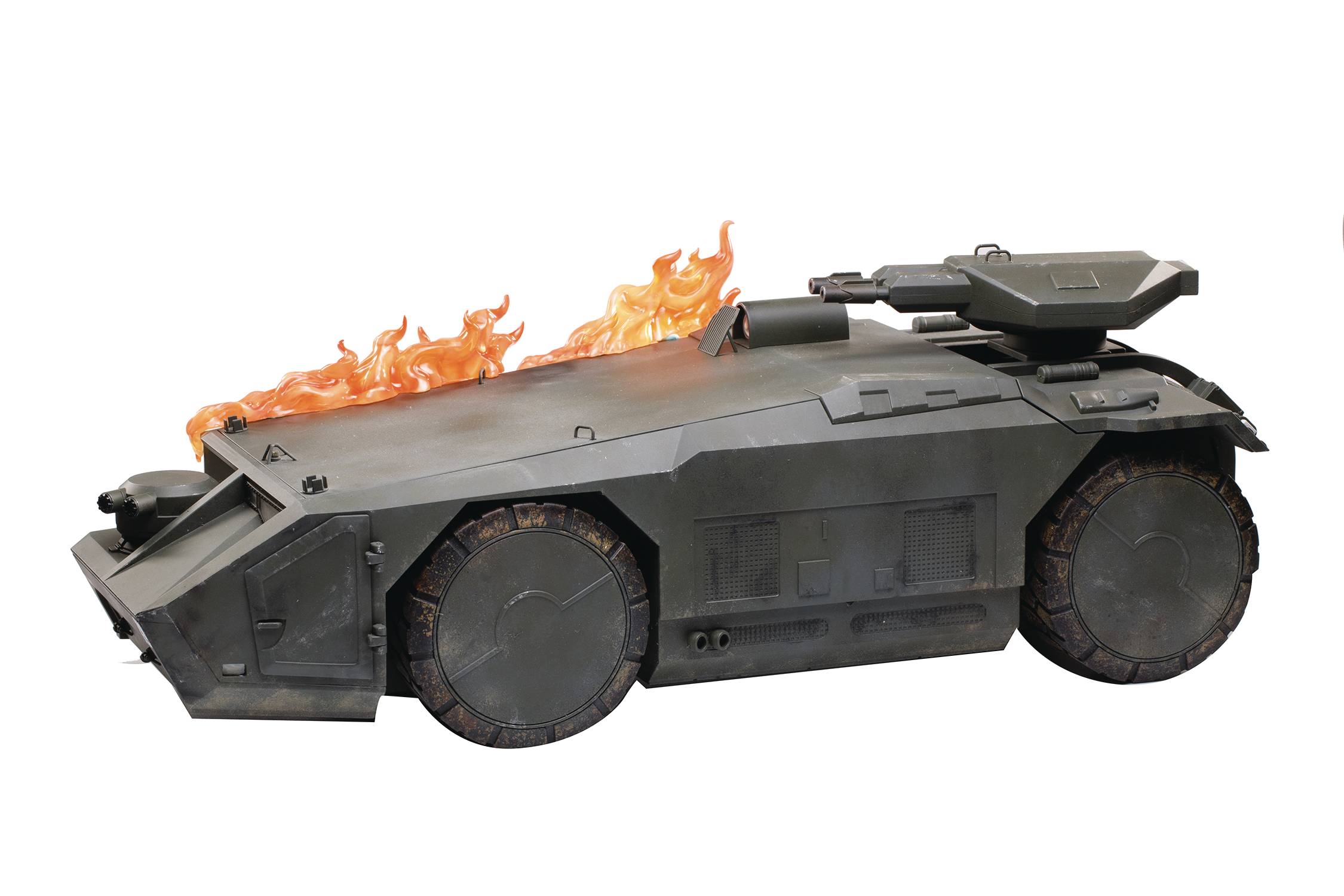 # # # # # #
OCT208829
From Hiya Toys. A PREVIEWS Exclusive! A lone survivor, floating through space. A distress call from a distant colony. A group of battle hardened marines, full of confidence and loaded for bear. Yet no one can be prepared for what awaits them on LV-426. This time, it's war! You asked for it; Hiya delivered! The M577 Armored Personnel Carrier is a key part of the USCM's tactical response. Lightweight, yet heavily armed, the M577 delivers an entire squad of Colonial Marines anywhere it's dropped. This new Burning Armored Personnel Carrier adds a film-accurate paint deco, as well as removable flames for any recreation of a Colonial Marine assault. This 1/18-scale vehicle measures app. 16" long and holds up to 14 1/18-scale figures.