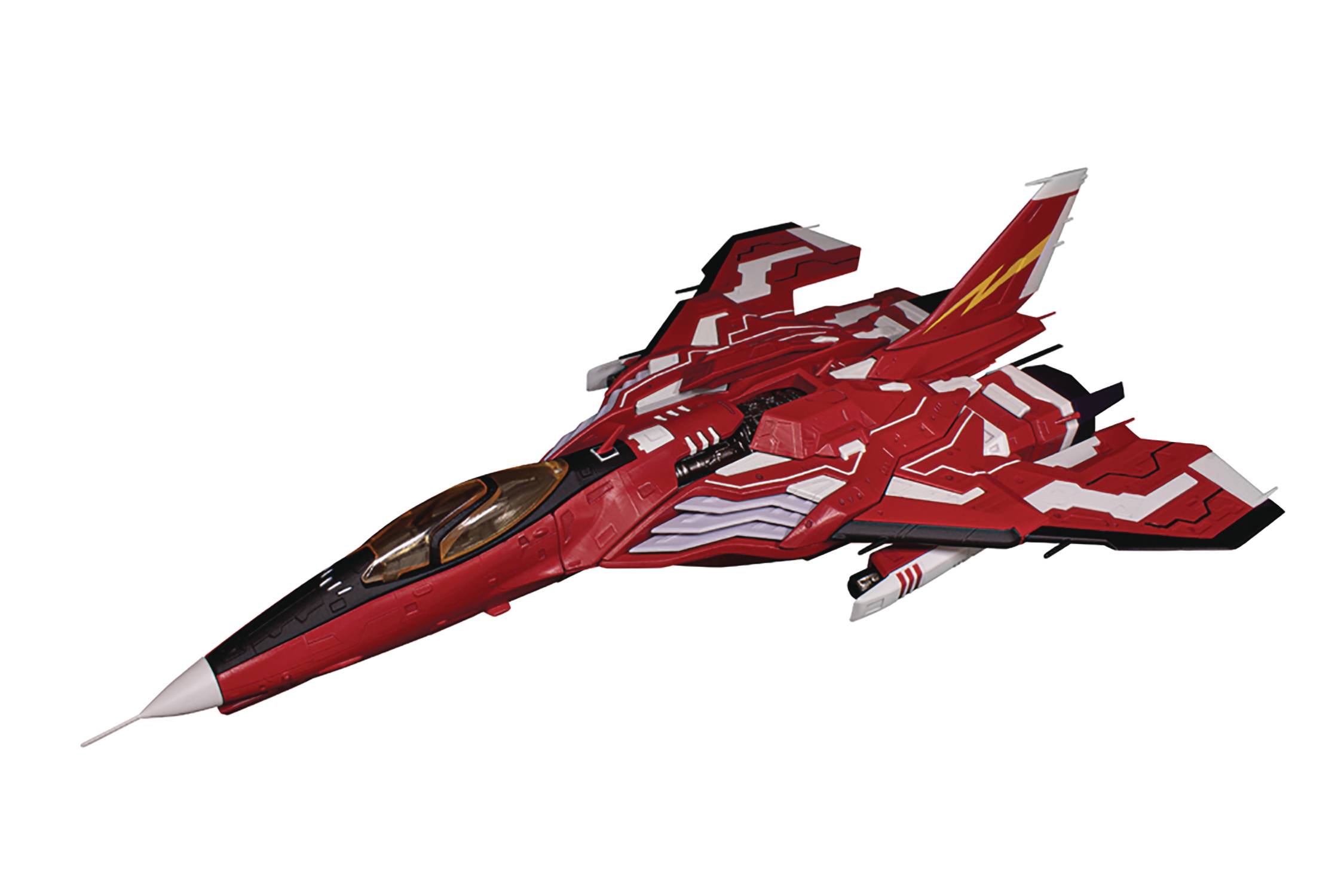 # # # # # #
OCT208376
From Plum. Arcade hit Raiden first left its mark on the shooting genre in 1990! Now that the 30th anniversary approaches, Plum presents from Raiden V Director`s Cut, the FT-00004A Azuma 1/100-scale plastic model kit! With the full cooperation of the game production company Moss Co., Ltd., the aircraft from the game package illustration has been faithfully reproduced. The kit features parts cast in colored plastic, for a finished appearance with no painting required. The deployment and storage of the landing gear is reproduced by replacing the parts. Comes with decals that reproduce the markings on each part of the aircraft, and a base is also included.