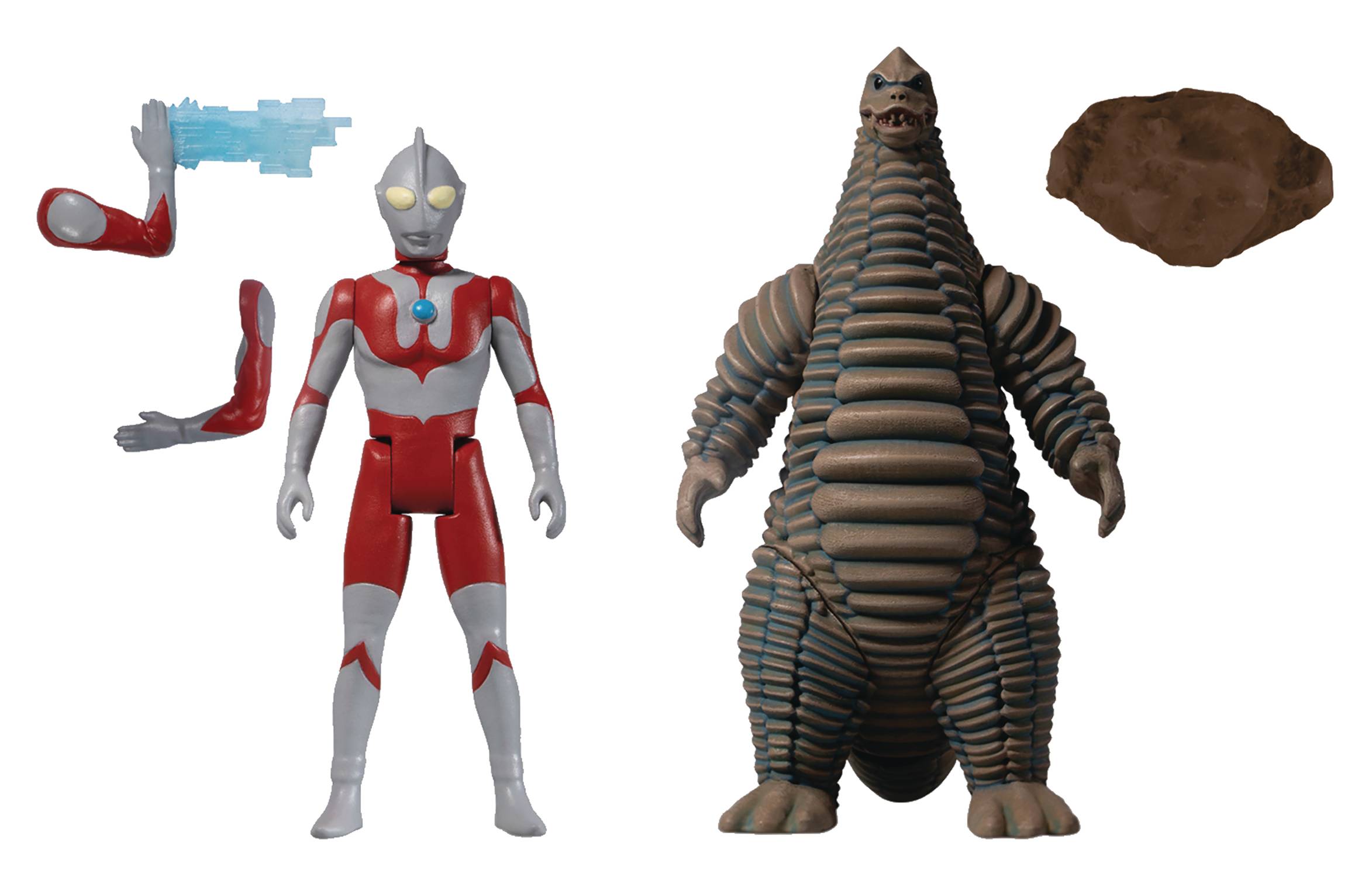 # # # # # #
OCT208167
From Mezco Toys. 5 Points are Mezco's upgrade to the articulated action figures of yesteryear. These highly detailed, posable action figures feature some of pop culture's most familiar faces, both old and new. Hailing all the way from Nebula M78, Ultraman and his formidable foe Red King join the 5 Points lineup! The undisputed, brutal ruler of the remote Tatara Island, Red King was discovered by the Science Special Search-Party. Ultraman saved the SSSP from Red King's wrath by paralyzing the giant monster. Ultraman comes complete with interchangeable arms so he can hold his iconic "Specium Ray" pose and Red King comes complete with a boulder accessory that he can hold! Assemble the included diorama to recreate the battle between Ultraman and Red King on Tatara Island!