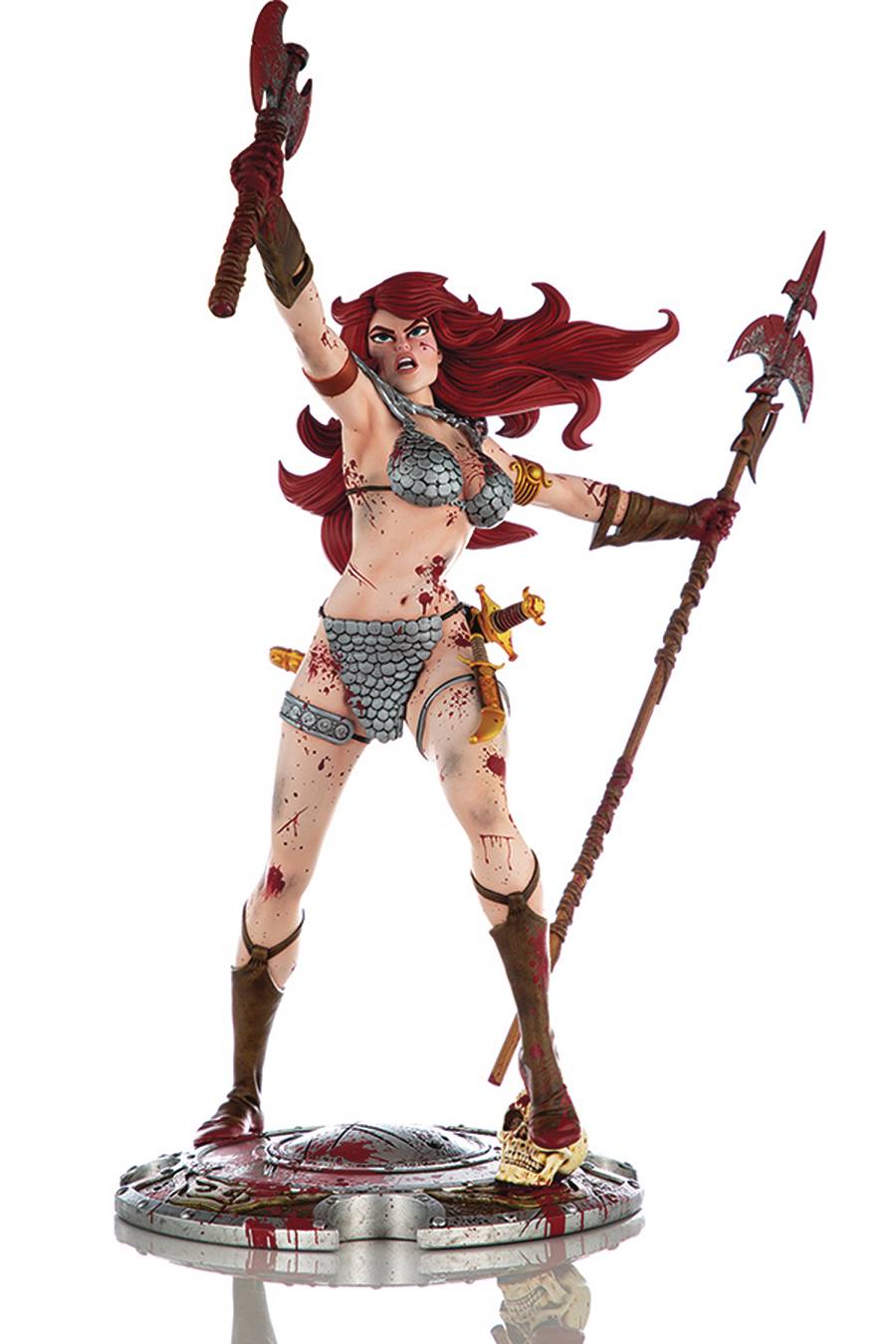 #
OCT200806
(A) Frank Thorne
Few artists can capture Red Sonja's strength and power like Frank Thorne! For decades, Thorne rendered some of her most iconic comic covers, and Dynamite welcomes the 45th anniversary of Red Sonja with this deluxe, commemorative statue based on Thorne's striking cover for 1976's Red Sonja #4. Standing over a foot tall, Red Sonja is at the ready, with a weapon in each hand and a stylized shield base under her feet. With those almond eyes and powerful pose, there's no mistaking Thorne's artistic influence on Dynamite's 3D homage to Frank's legend. The "Berzerker" edition variant features war-ravaged paint details and is strictly limited to just 250 units.
In Shops: Dec 30, 2020
SRP: $275.00
ORDER WISH LIST