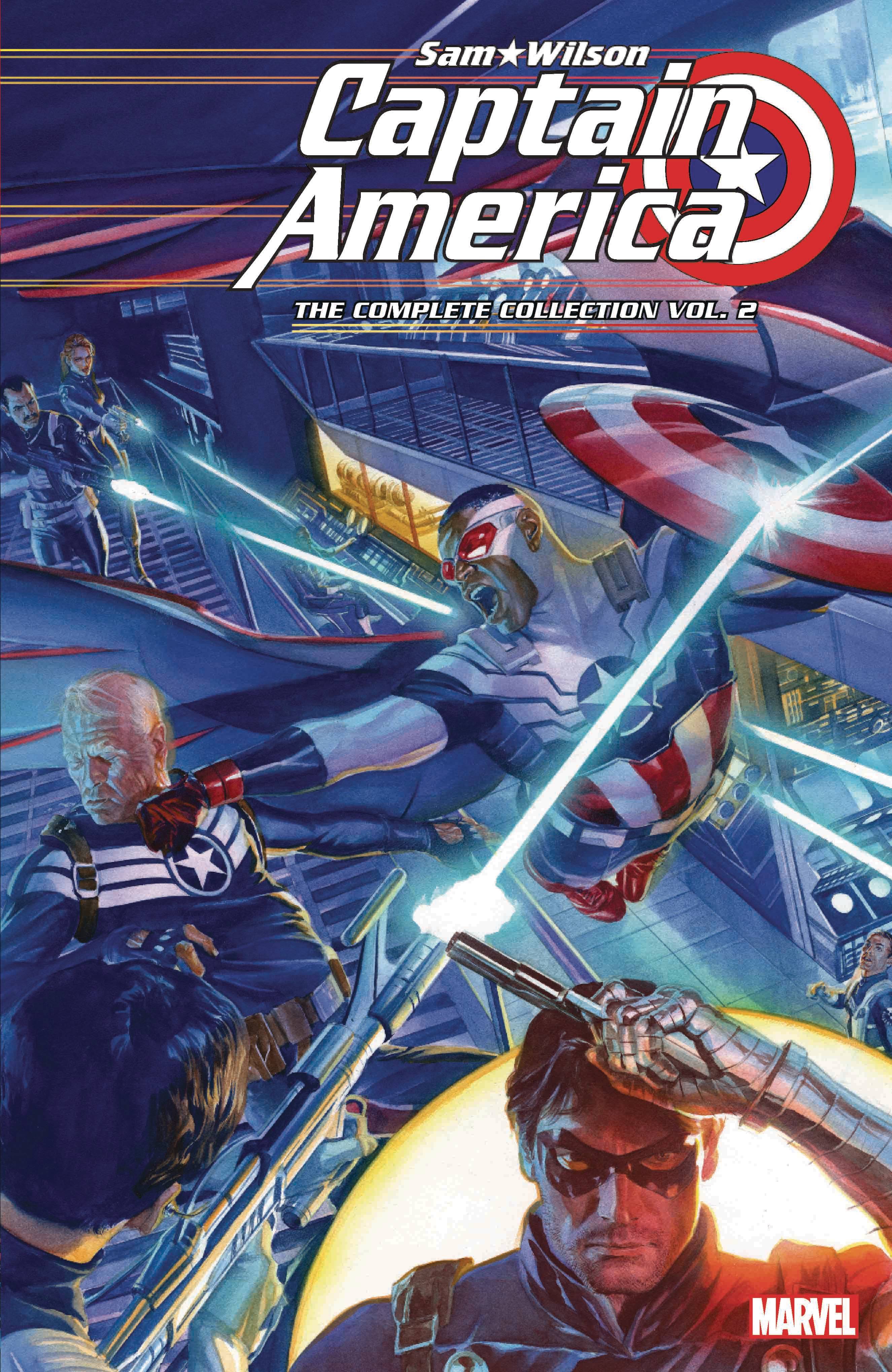 #
OCT200720
(W) Nick Spencer, More (A) Daniel Acuna, Angel Unzueta, Paul Renaud, Sean Izaakse, Joe Bennett, Jesus Saiz, More (CA) Alex Ross
Sam Wilson flies high in the red, white and blue! The events of AVENGERS: STANDOFF will reunite the current Captain America with two former shield-slingers: Steve Rogers and Bucky Barnes! When the dust settles, will there be two Captains America? Sam is struggling to find his place in a country he seeks to represent, and a second superhuman Civil War won't make that any easier! Threats mount, including the Americops and Flag-Smasher - but the greatest enemy of all might be one of Sam's staunchest allies! Mighty Knight, Rage and the new Falcon join the fight - but will Hydra's Secret Empire clip Cap's wings for good? Plus: In an intergenerational adventure, Sam and Steve fight side by side during World War II! Collecting CAPTAIN AMERICA: SAM WILSON #7-24, CAPTAIN AMERICA (2017) #25 and GENERATIONS: SAM WILSON CAPTAIN AMERICA & STEVE ROGERS CAPTAIN AMERICA.
Rated T+
In Shops: Feb 24, 2021
SRP: $39.99
View All Items In This Series
ORDER SUBSCRIBE WISH LIST