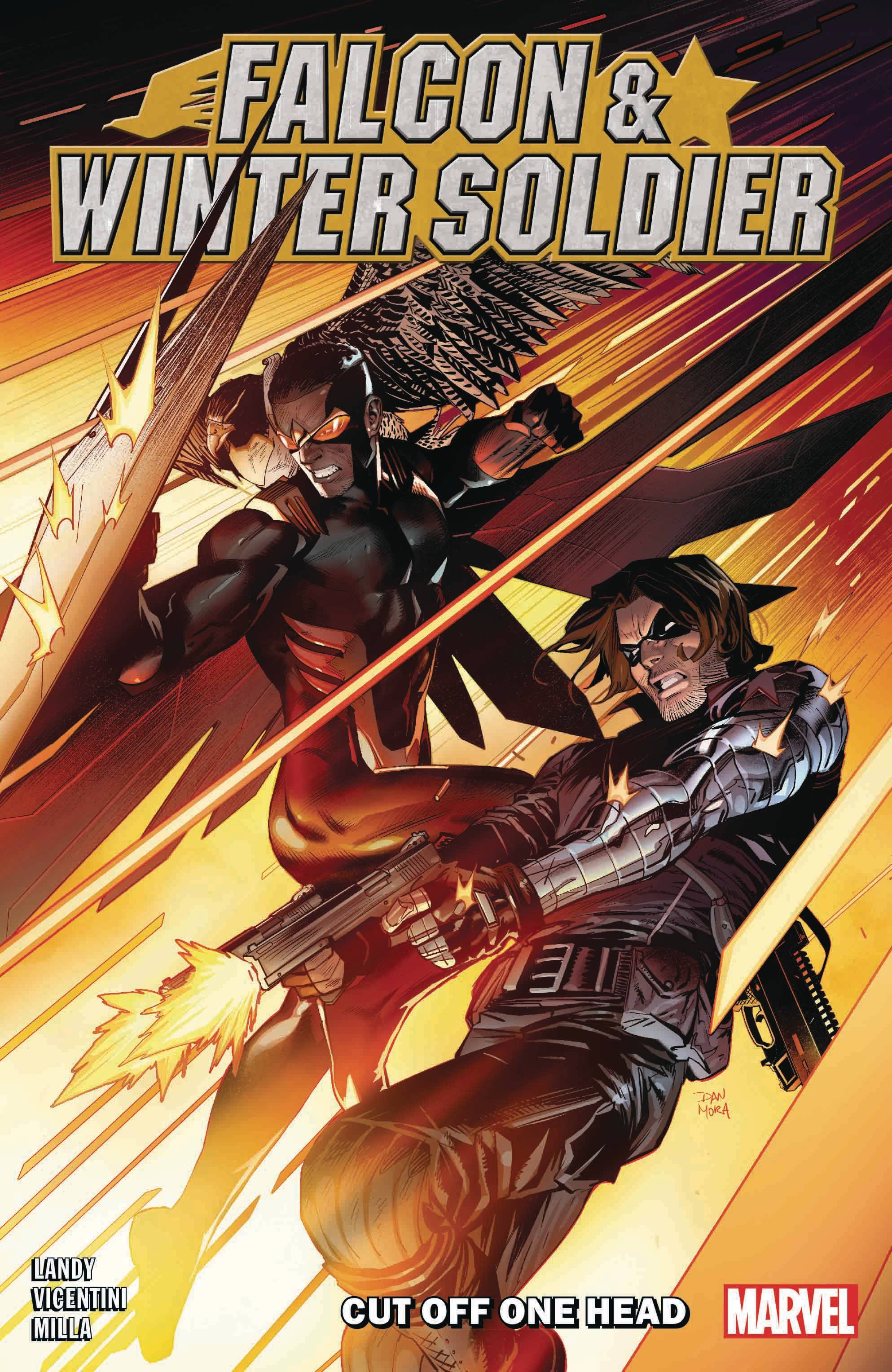 #
OCT200709
(W) Derek Landy (A) Federico Vicentini (CA) Dan Mora
A tale of two Caps! An office of dead government agents. A gifted new killer. Two ex-Captain Americas. When a dramatic attempt on the life of Bucky Barnes reunites him with Sam Wilson, the old friends are plunged headlong into a race to uncover the new leader of Hydra before a mass-casualty event announces the terror group's resurgence to the world! The clock is ticking - but who is the Natural, and how did he beat Sam and Bucky so easily? It's a bullet-riddled, window-smashing, table-breaking brawl for it all, and the Hydra Supreme is about to ascend! Collecting FALCON & WINTER SOLDIER #1-5.
Rated T+
In Shops: Jan 13, 2021
SRP: $15.99