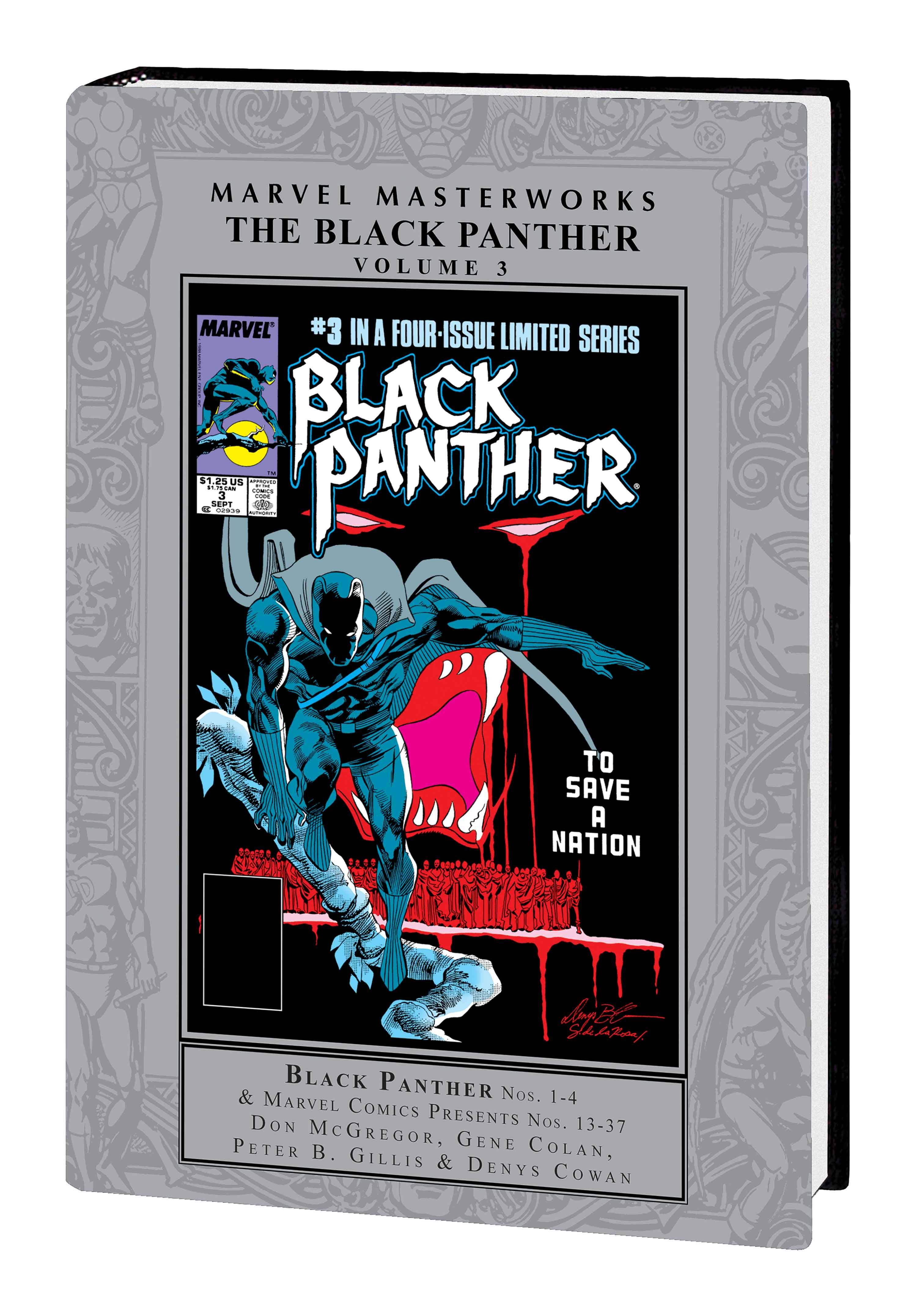 #
OCT200690
(W) Peter B. Gillis, Don McGregor (A) Gene Colan, Tom Palmer (A/CA) Denys Cowan
The Marvel Masterworks proudly present the continuing adventures of the Black Panther! In a political-thriller limited series by Peter B. Gillis and Denys Cowan, T'Challa -the king of Wakanda - finds himself in an existential crisis: how can he present himself as a hero of Africa while an apartheid state exists next door to Wakanda? Then - Don McGregor, the mastermind behind the Black Panther's first series - continues his saga with "Panther's Quest"! When T'Challa learns the mother he never knew might still be alive, he stops at no cost to rescue her - invading South Africa and battling mercenaries and militaries alike. It's a creative tour de force featuring artwork by Marvel icons Gene Colan and Tom Palmer that defined the character for a generation! Collecting BLACK PANTHER (1988) #1-4 and material from MARVEL COMICS PRESENTS (1988) #13-37.
Rated T
In Shops: Apr 21, 2021
SRP: $75.00
View All Items In This Series
ORDER WISH LIST