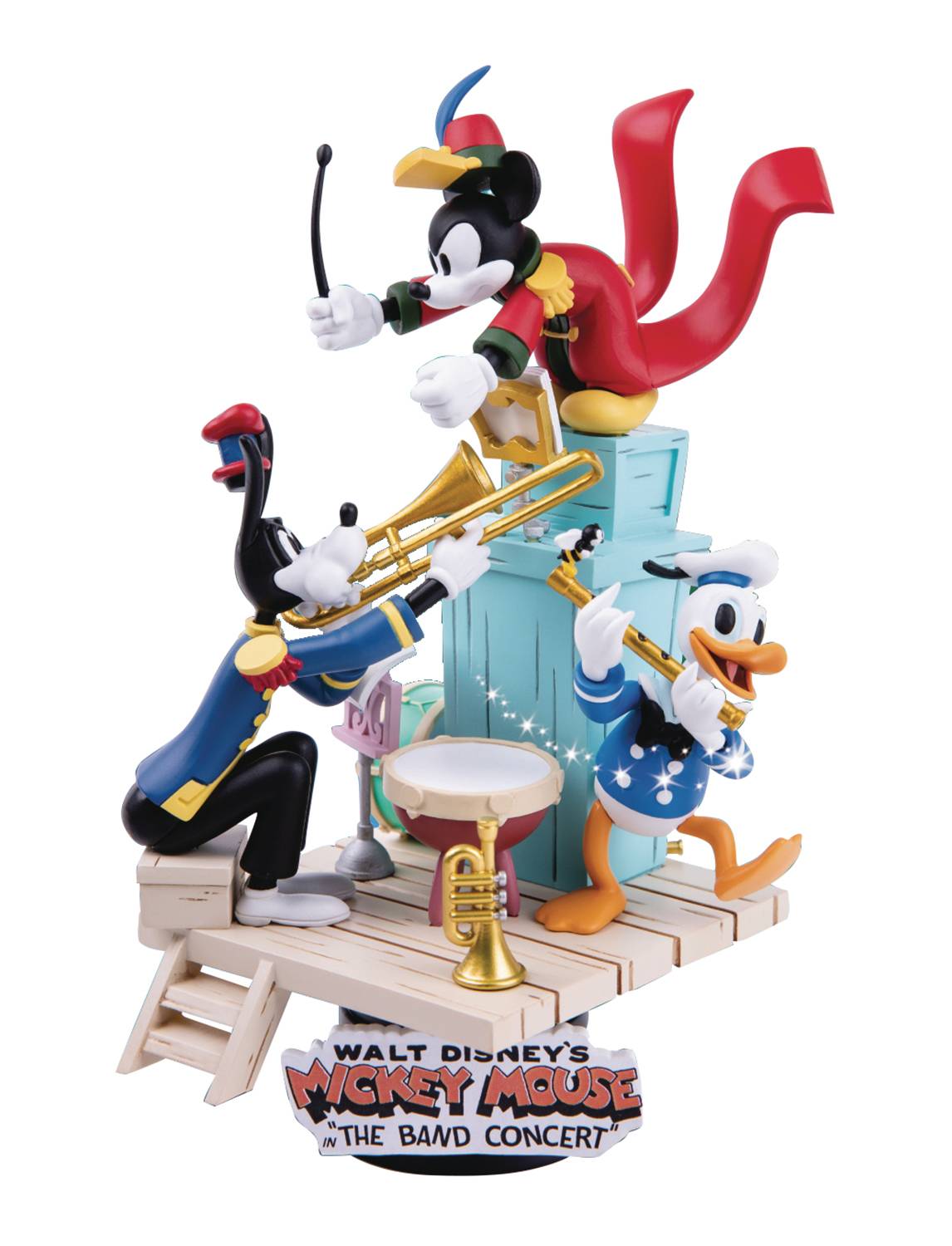 # #
OCT198917
From Beast Kingdom. A PREVIEWS Excusive! Released in 1935, the now classic animated short The Band Concert is considered by many a staple of cinematic history, as it is the first appearance of Mickey Mouse in full Technicolor! Beast Kingdom proudly presents a new addition to the 90th anniversary celebrations with a wonderfully realized series from the D-Stage range, encapsulating Disney's everlasting magic and wonder! From the stage to the detailed characters and musical instruments, The Band Concert D-Stage includes Mickey, Goofy and Donald Duck with their signature musical instruments, causing all sorts of havoc.