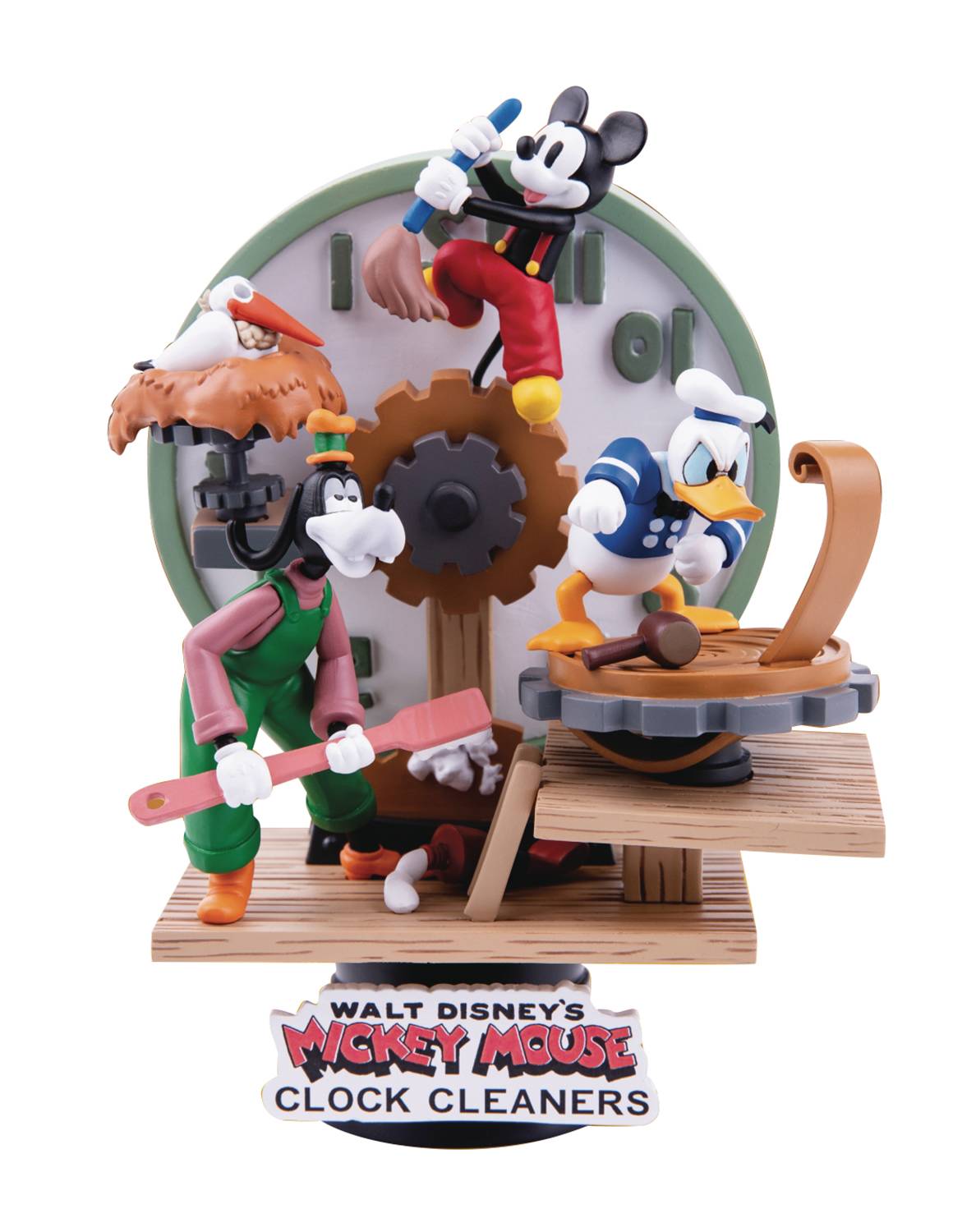 # #
OCT198916
From Beast Kingdom. A PREVIEWS Exclusive! Released in 1937, the now classic animated short Clock Cleaners follows the story of Mickey, Goofy and Donald Duck who are tasked with cleaning a tall clock tower in New York City, but with a seemingly endless amount of tasks can they get the job done on time? Beast Kingdom proudly presents a new addition to the 90th anniversary celebrations with a wonderfully realized series from the D-Stage range, encapsulating Disney's everlasting magic and wonder! From the bell tower to the detailed characters, the Clock Tower D-Stage brings together the youthful Mickey, high-flying Goofy and the ever naughty Donald Duck in a snapshot that can be cherished forever.