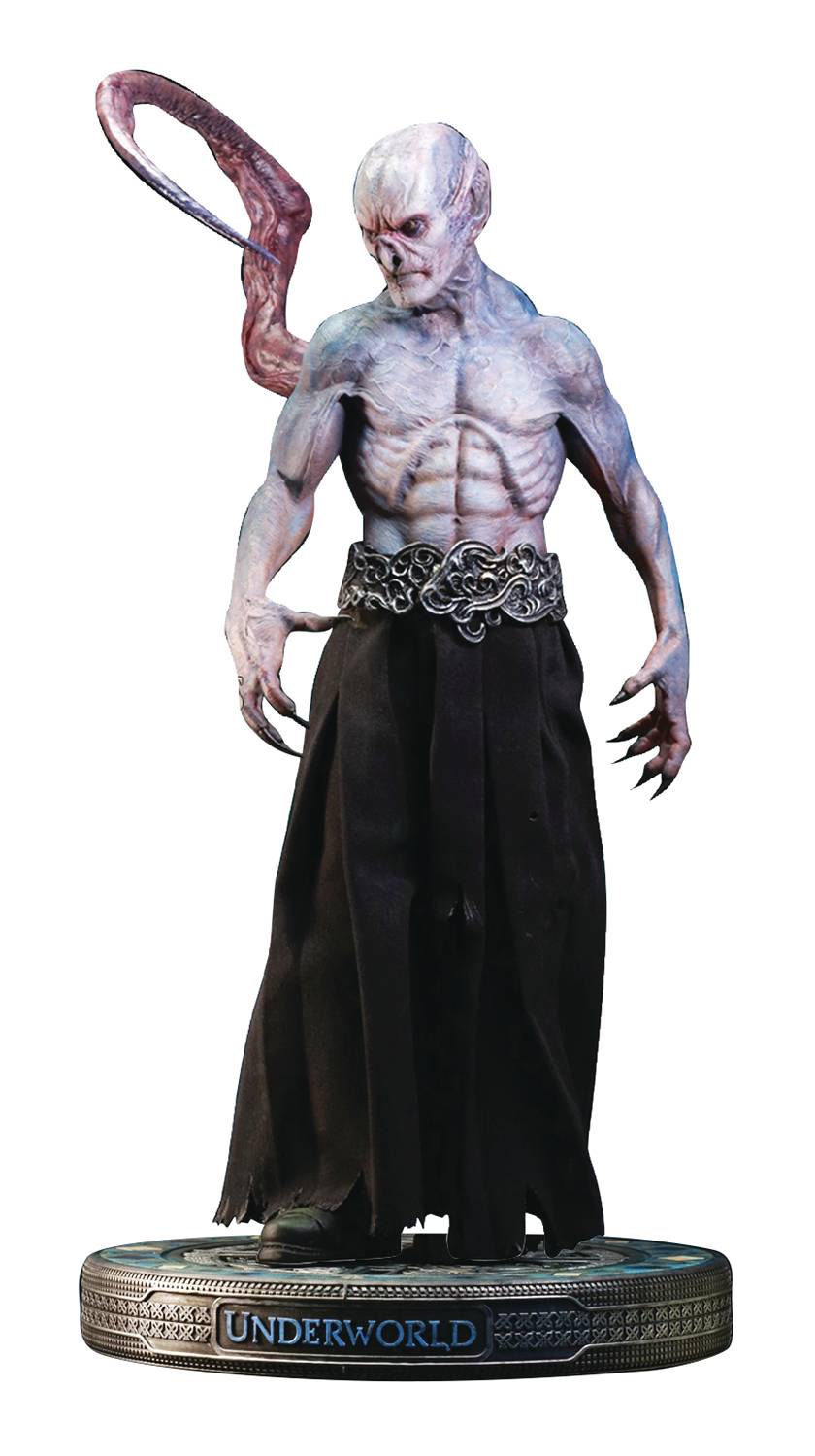 #
OCT198041
From Star Ace Toys. Marcus. He's the one. The source. The first true Vampire. Marcus Corvinus and his brother were attacked by monsters and became the first vampire and werewolf.  Entombed by the other vampire elders, Marcus was resurrected by the blood of a Lycan/Vampire hybrid and rose to become the most powerful supernatural creature in the world. Star Ace's 12-1/2" soft vinyl statue of Marcus fits in with the 1:6th scale figures from Underworld: Evolution. This non-articulated statue features a real fabric skirt and an extremely detailed sculpt showing the supernatural power of the character.  A single talon protrudes from his back that he can use to skewer his enemies. The statue is hand-painted with exceeding skill bringing out the nuances of his bat-like features. The Deluxe package [SA9007 (DX)] comes with an environmental base showing the beautifully detailed floor of the vampire elder's chamber.