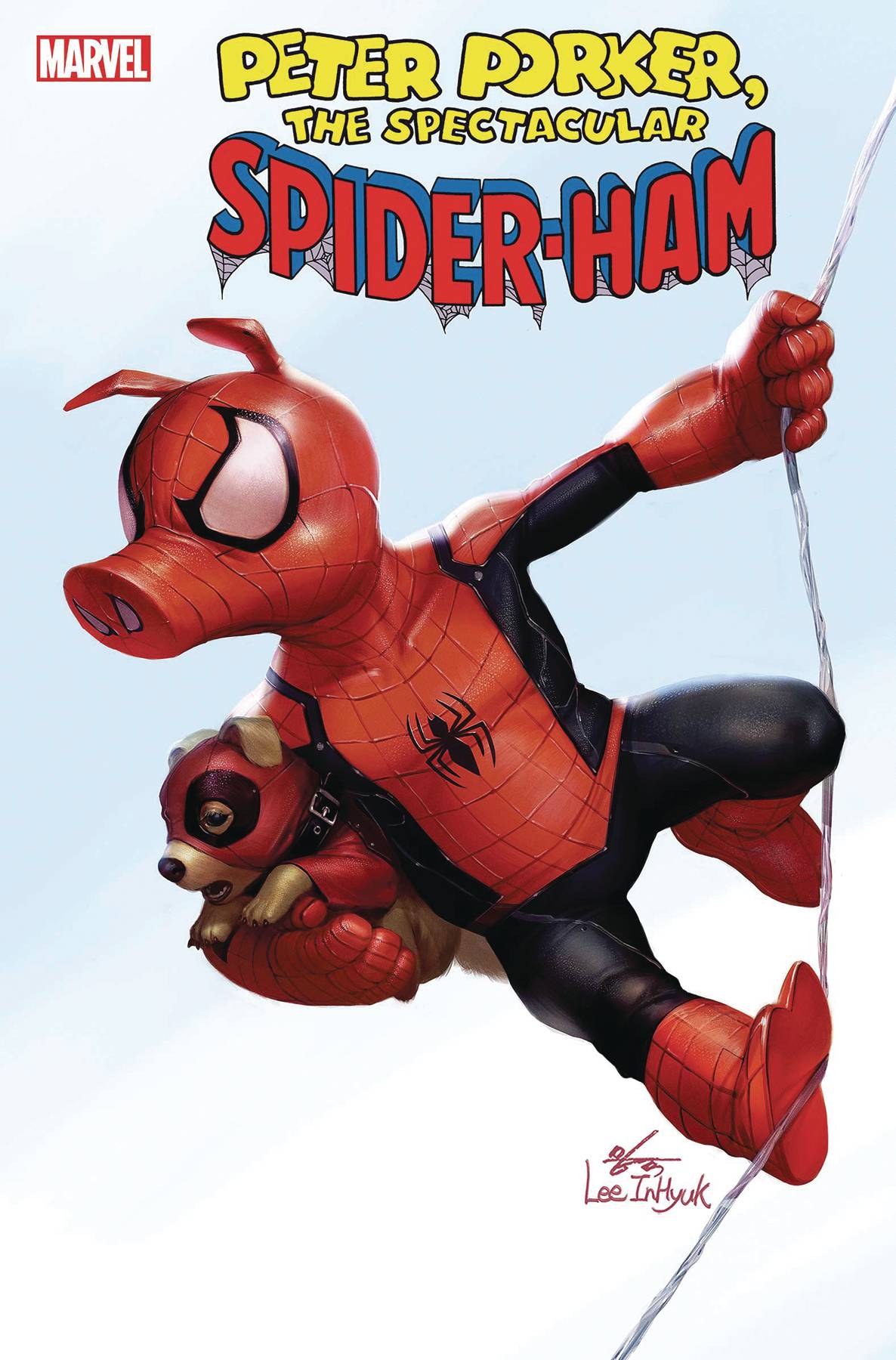 #
OCT190982
(W) Zeb Wells (A) Will Robson (CA) In-Hyuk Lee
APORKALYPSE NOW!
Not a dream! Not a hoax! Not an imaginary tail! Spider-Ham finally has his own series! (Again!)
Peter Porker, the Spectacular Spider-Ham finds himself jumping through time, side-by-side with Peter PARKER, the Spectacular Spider-MAN!
ZEB WELLS and WILL ROBSON bring you the Ham and Man story you've been waiting for!
Rated T
In Shops: Dec 25, 2019
SRP: $3.99
View All Items In This Series