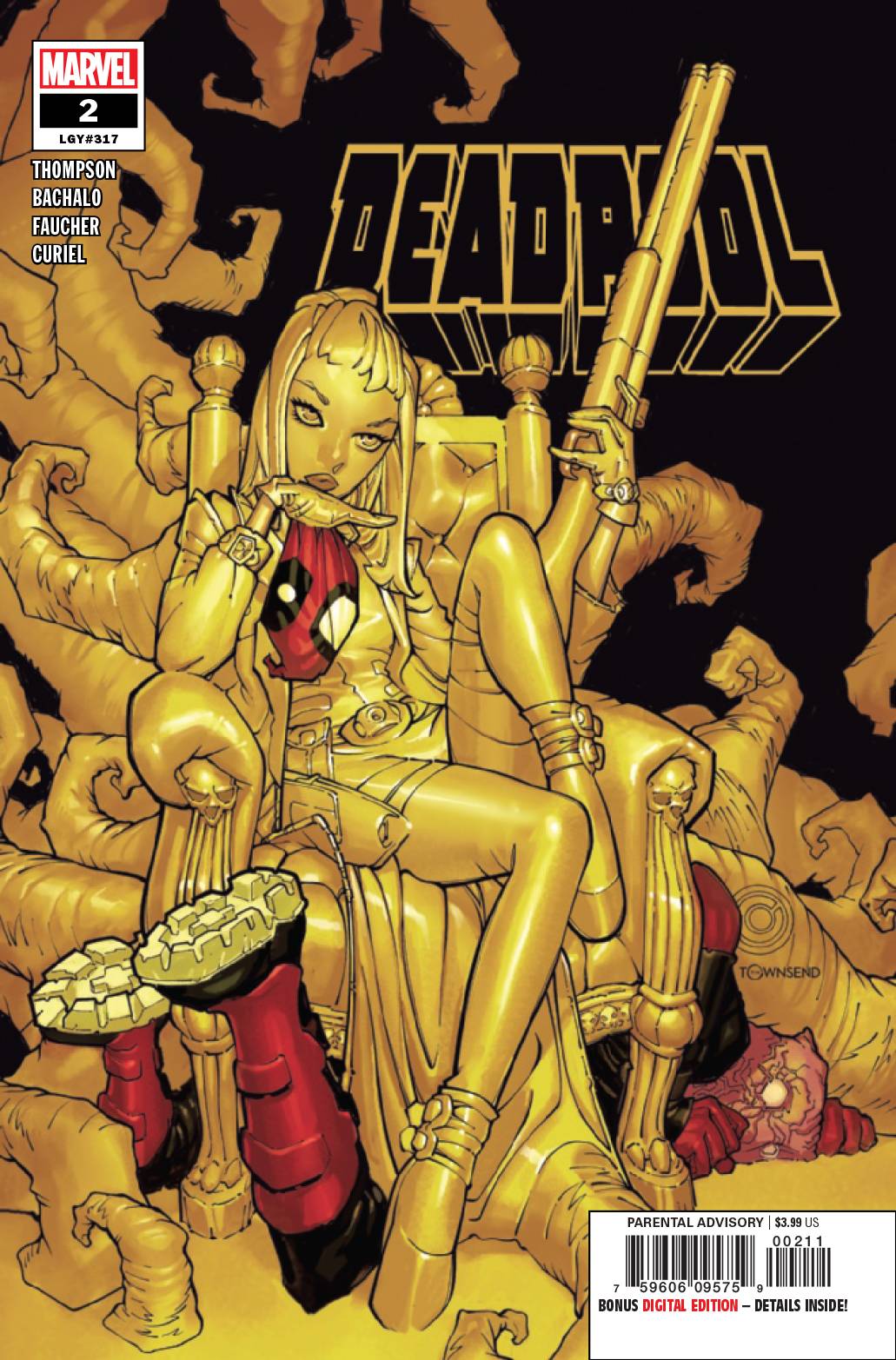 #
OCT190965
(W) Kelly Thompson (A) Wayne Faucher, John Livesay, Al Vey, Jaime Mendoza, Victor Olazaba (A/CA) Chris Bachalo, Tim Townsend
DEADPOOL'S KINGDOM...IS CRUMBLING!
•  As Deadpool tries to build up his new monster kingdom, he keeps running into obstacles.
Obstacles named CAPTAIN AMERICA and ELSA BLOODSTONE.
•  But they are far from his only problems: There's someone killing monsters, and their sights are set on those closest to Deadpool.
•  Heavy hangs the head that wears the crown, particularly when it's in the sights of one of the deadliest people in the Marvel Universe!
Parental Advisory
In Shops: Jan 08, 2020
SRP: $3.99
View All Items In This Series