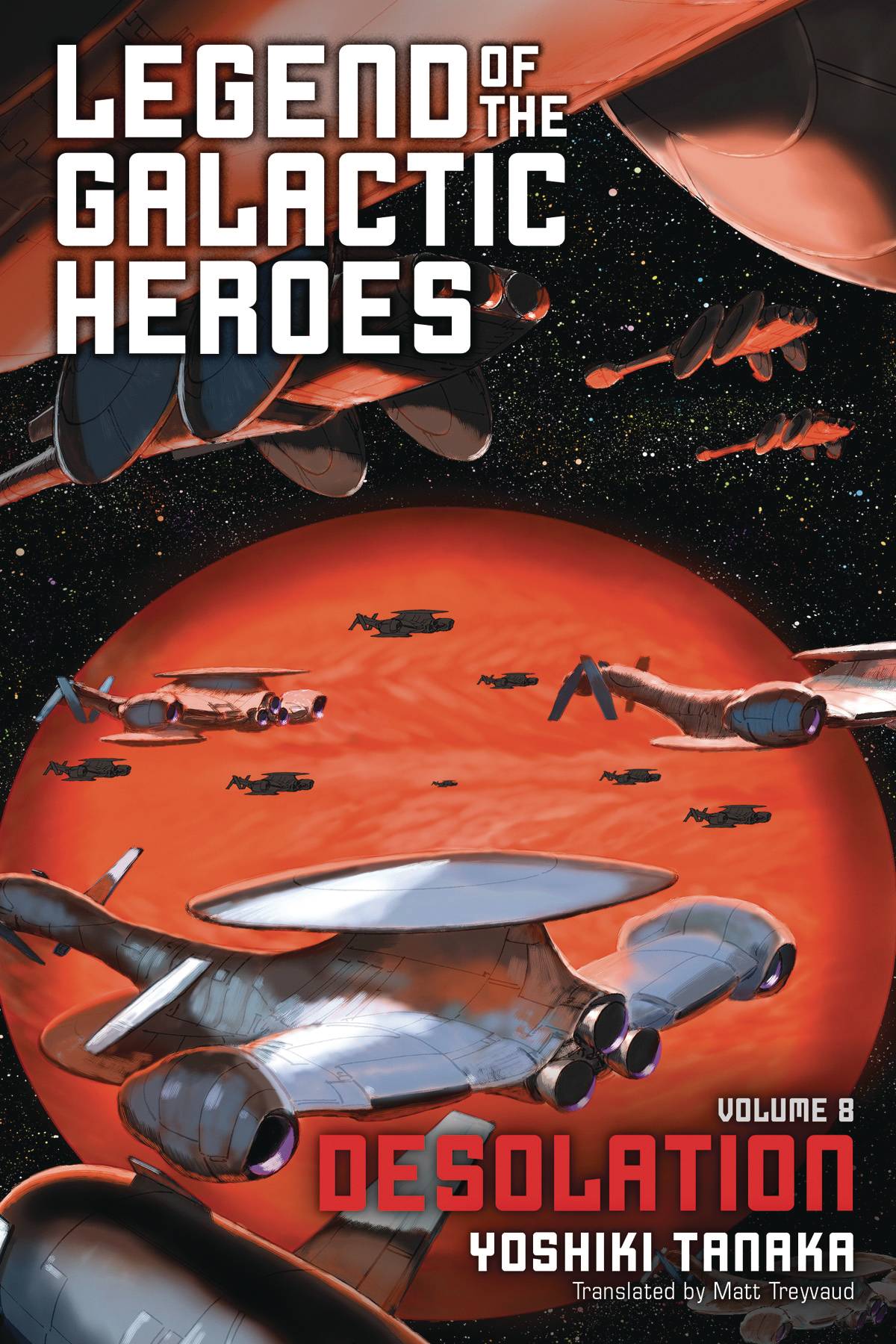 #
OCT182084
(W) Yoshiki Tanaka
After utterly defeating the Free Planets Alliance, Kaiser Reinhard has brought 99 percent of inhabited space under his control. Still, dissatisfaction and unease coil within his breast, for the galaxy's last remaining sliver of territory is defended by none other than Yang Wen-li. Seeking decisive battle, the Imperial Navy moves to attack Iserlohn Fortress, but due to Yang's unexpected plan, the battle has already begun before Reinhard arrives. The Yang Fleet must overcome an enormous difference in force strength-while at the same time, a trap laid by the Church of Terra is closing in around Yang...
For older teen audiences.
In Shops: Jan 02, 2019
SRP: $15.99
View All Items In This Series