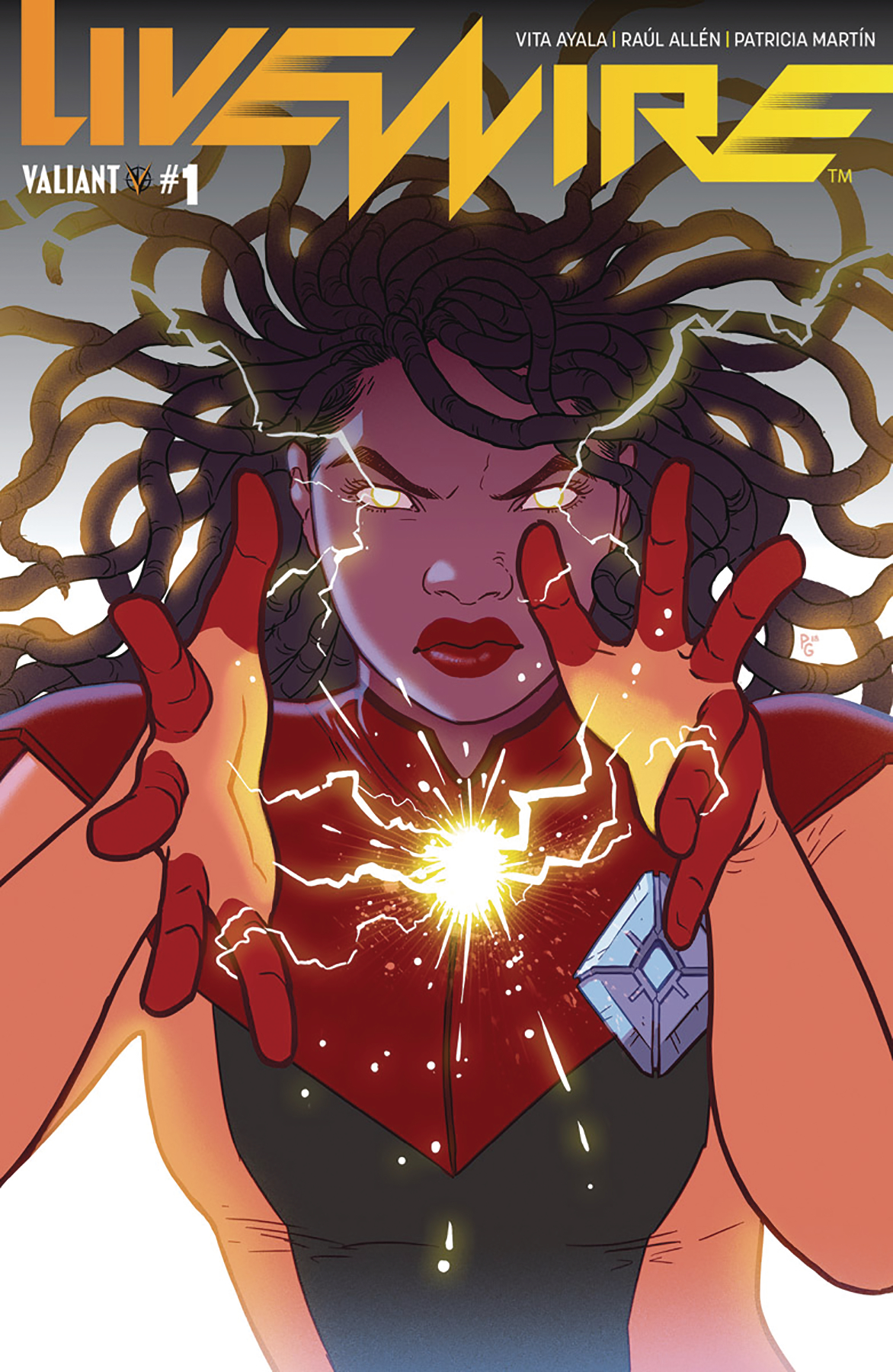 OCT181985
(W) Vita Ayala (A) Raul Allen, Patricia Martin (CA) Paulina Ganucheau
ALL-NEW ONGOING SERIES! FOR THE FIRST TIME, LIVEWIRE TAKES CENTER STAGE!
Accomplice. Mentor. Savior. And now, Enemy of the State. Seeking to protect other vulnerable super-powered psiots like herself, Livewire plunged the United States into a nationwide blackout with her technopathic abilities, causing untold devastation. After choosing the few over the many, she must now outrun the government she served - and those she once called allies. With the whole world hunting her, what kind of hero will Livewire be...or will she be one at all?
From rising star Vita Ayala (Supergirl) and astounding artists Ra l Allén and Patricia Mart n (SECRET WEAPONS) comes an electrifying new series that will launch the Valiant Universe into a new age of champions!
In Shops: Dec 19, 2018
SRP: $3.99
View All Items In This Series