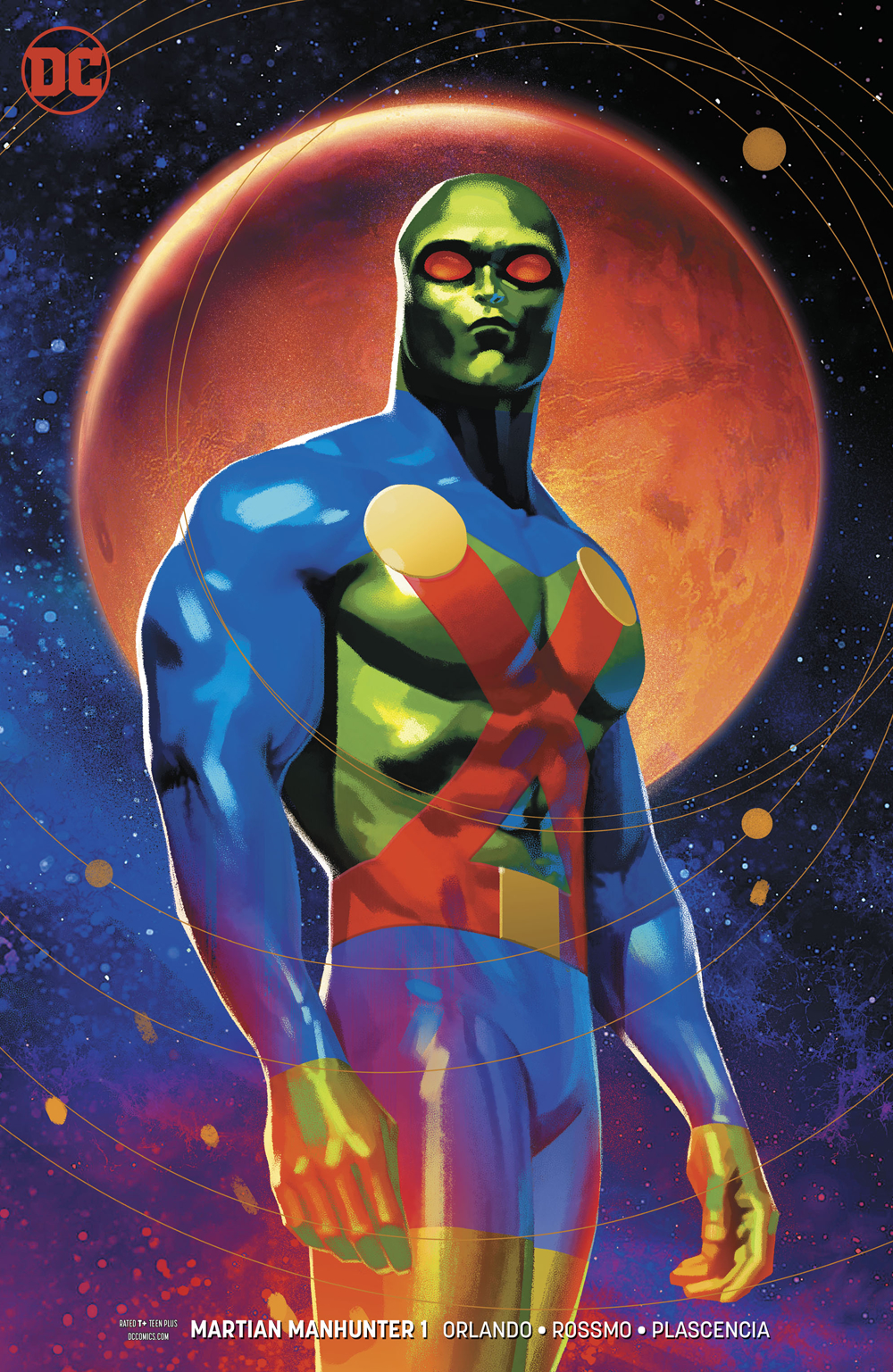 OCT180475
(W) Steve Orlando (A) Riley Rossmo (CA) Joshua Middleton
No matter what you know about J'onn J'onnz, you're not prepared for this! The acclaimed team of writer Steve Orlando and artist Riley Rossmo (BATMAN/ THE SHADOW, BATMAN: NIGHT OF THE MONSTER MEN) reteam for a reinvention of the Manhunter from Mars in this twisted, unexpected series. Back on Mars, J'onn was about as corrupt as a law officer can be, and when a reckoning comes for his entire society, he'll get a second chance he doesn't want or deserve! One shocking murder, and an unexpected fragment of the Mars he lost, will change his life-and the course of the Earth-forever!
In Shops: Dec 05, 2018
SRP: $3.99
View All Items In This Series