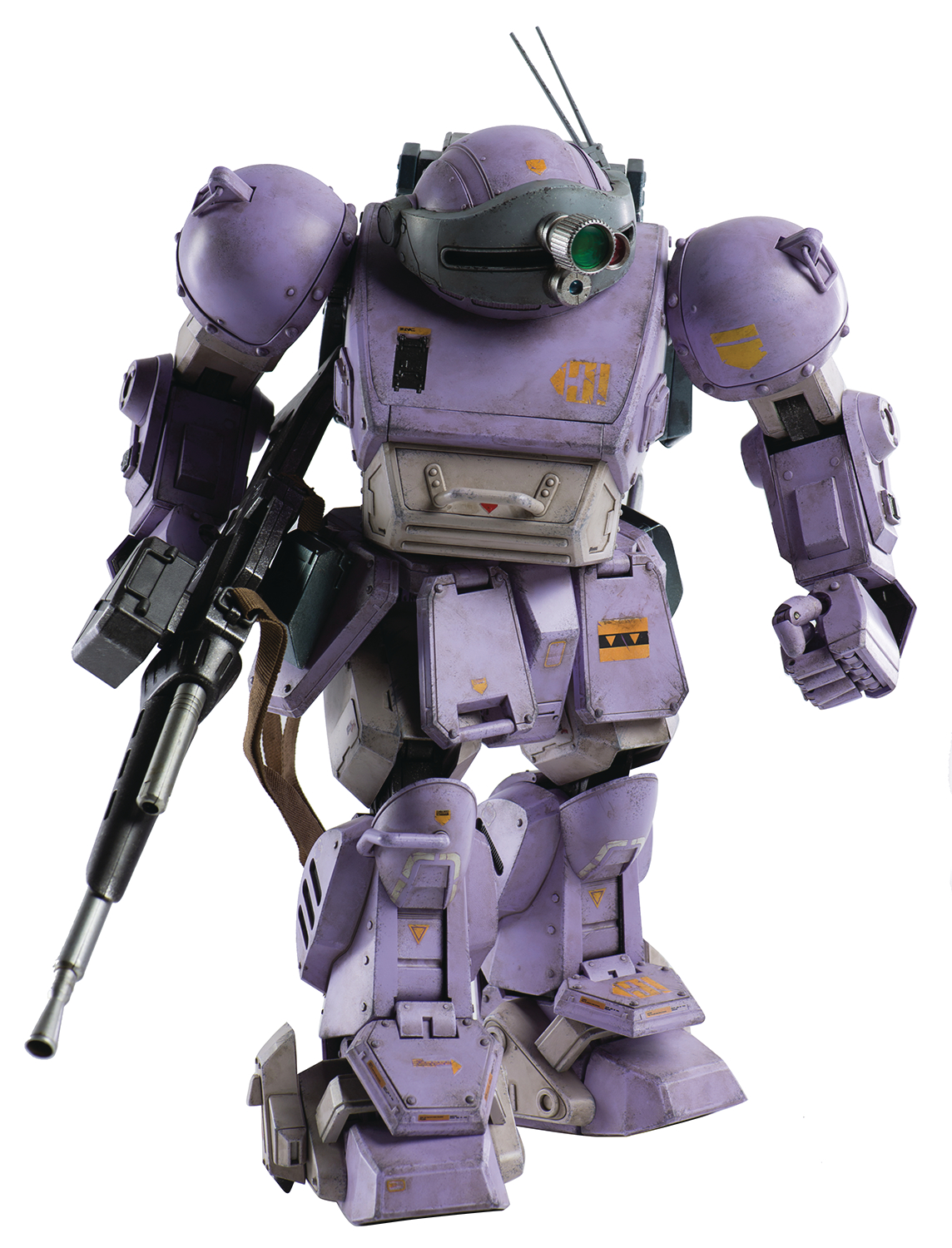 OCT178677
From Threezero. This 13" tall ATM-09-ST SCOPEDOG figure faithfully captures the original design from the anime series Armored Trooper Votoms. SCOPEDOG is fully articulated down to the joints in each finger and can be transformed into crouching mode. Magazines for an arm punch attack are included and can be loaded into the arm, and spare magazines can also be mounted in the hip holsters. The included GAT-22 Heavy Machine Gun has a detachable fabric belt, barrel and stock, which allows you to convert it into short barrel form. It also features detachable machine gun magazines which can be mounted on the hip area of the armor.