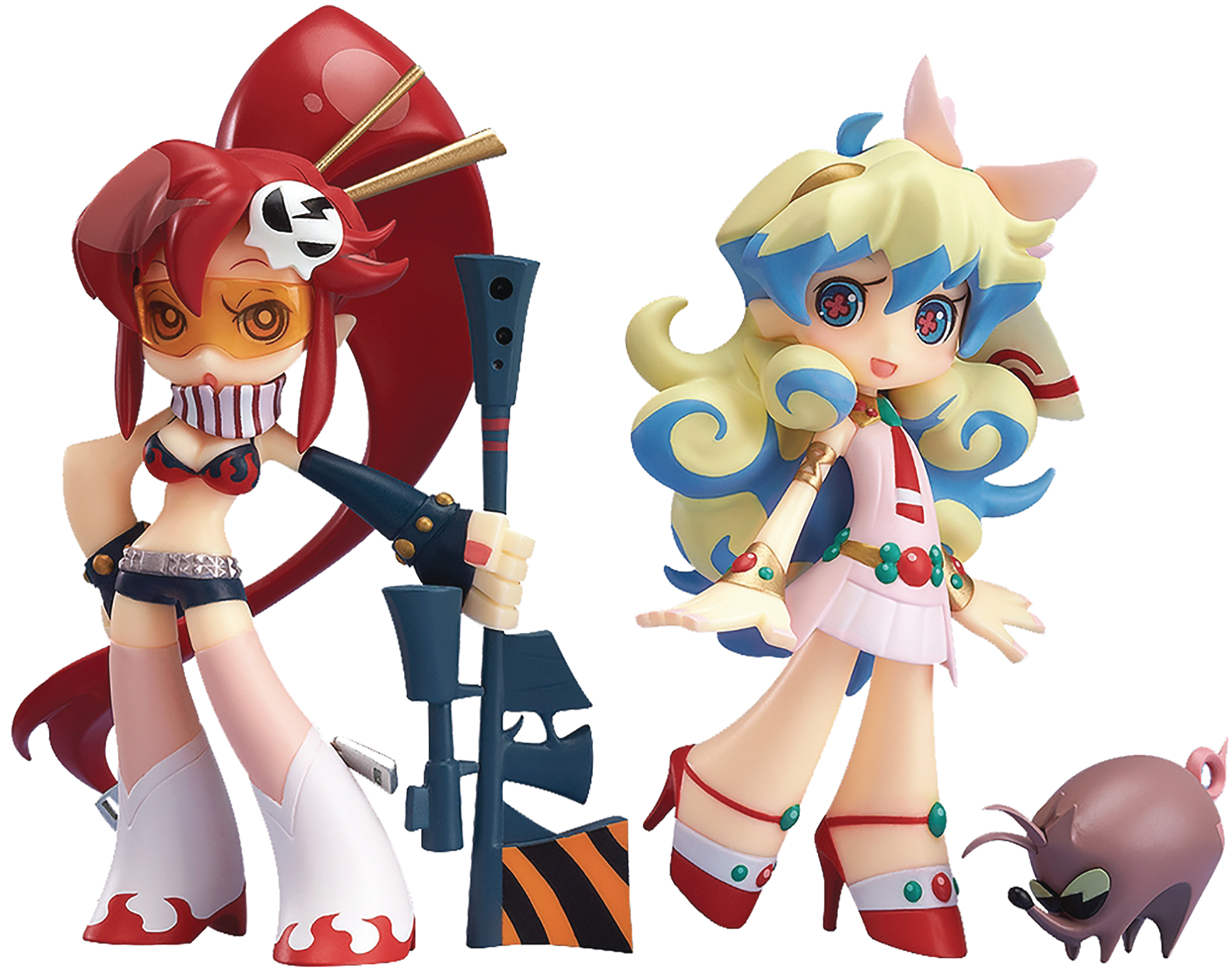 OCT178635
From Phat! From the series celebrating its 10th anniversary, Gurren Lagann comes a rerelease of the Twin Pack+ featuring heroines Yoko and Nia, both sculpted in the style of Panty and Stocking with Garterbelt! The figures are based on illustrations that were specially drawn up for the Twin Pack+ by Atsushi Nishigori, who was the character designer for both Gurren Lagann and Panty and Stocking with Garterbelt! The set also includes a little figure of Boota, which was illustrated by Shigeto Koyama, another staff member deeply involved in both of the series! It's a lovely set that Gurren Lagann fans are sure to fall in love with!