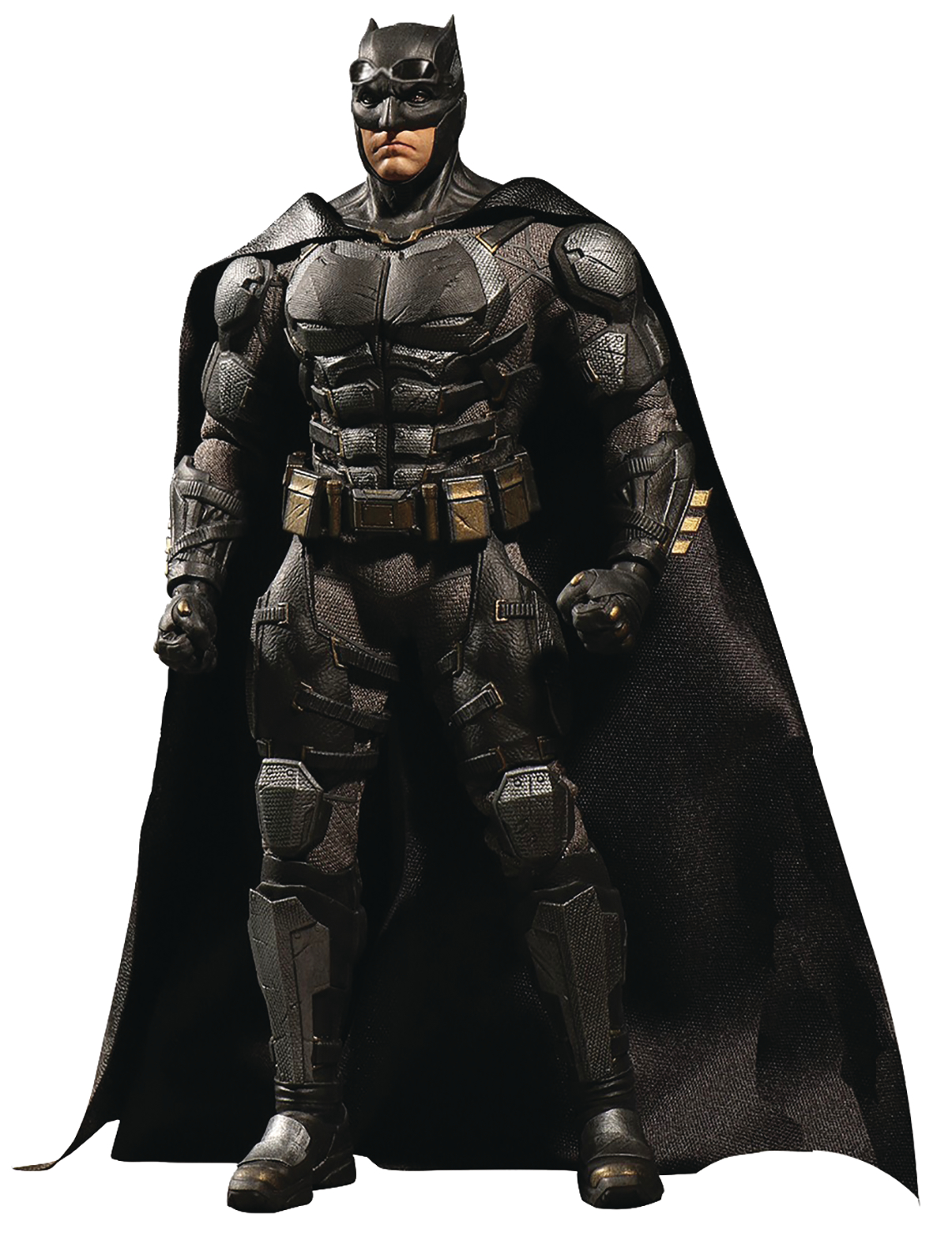 OCT178587
Fueled by his restored faith in humanity and inspired by Superman's selfless act, Bruce Wayne enlists newfound ally Diana Prince to face an even greater threat. Together, Batman and Wonder Woman work quickly to recruit a team, a Justice League, to stand against this newly awakened enemy. Revealed for the first time in Justice League, the figure showcases the never-before-seen Tactical Batsuit with visible upgrades. The One:12 Collective Tactical Suit Batman has two head portraits and a newly designed, film-accurate tactical suit. Designed for combat, the tactical suit was created to handle combat situations with super powered adversaries. The figure comes equipped with 2 pairs of goggles for display in up or down positions, a Parademon rifle, a trio of Batarangs, three grenades, and a grappling gun with three assorted hooks. He also includes a display base with logo and adjustable display post along with a cape clip with posing wires for dramatic displays.
In Shops: Feb 13, 2019
SRP: $80.00