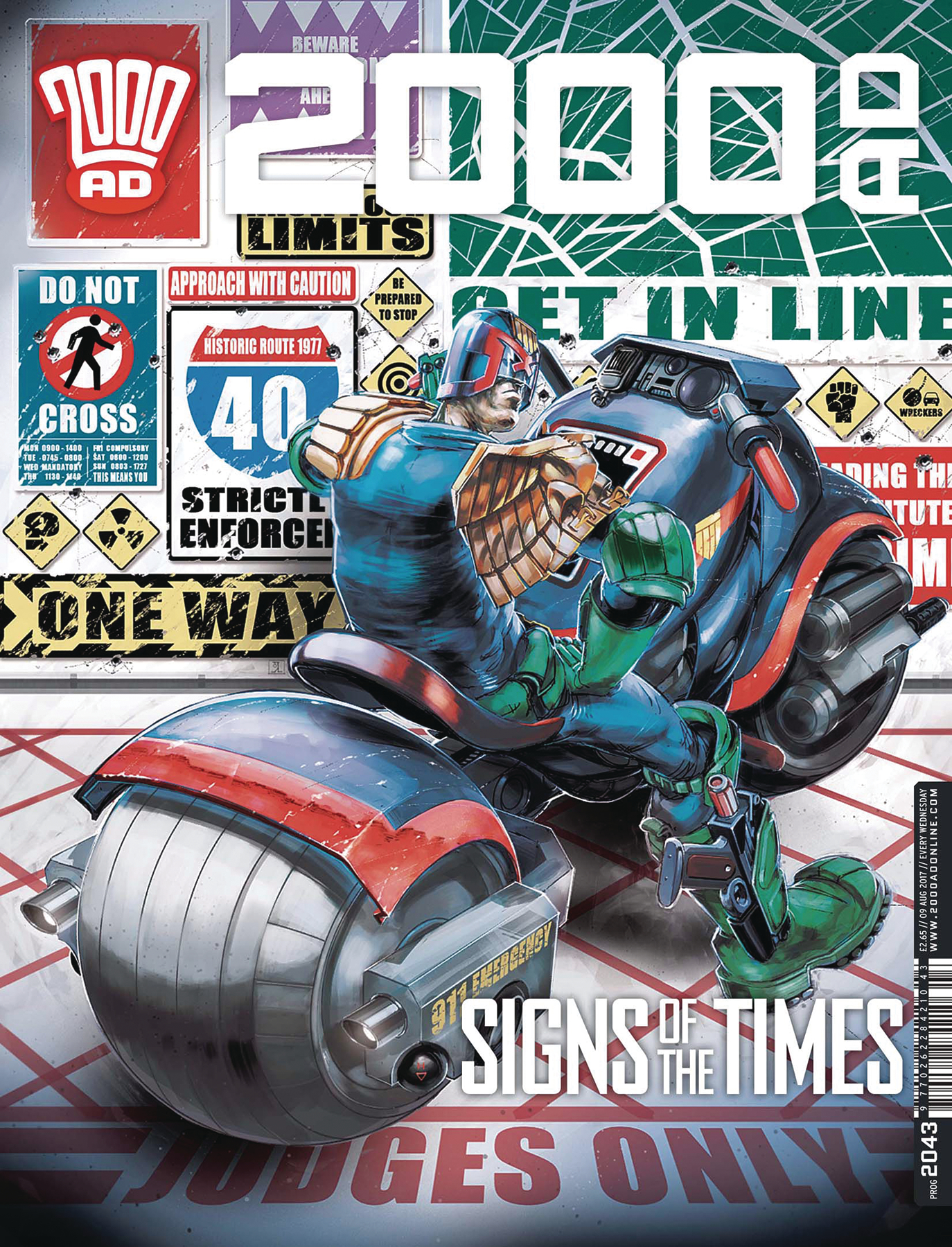 OCT171754
Blazing SF action from the Eisner-nominated UK anthology! Everything wraps up in the final regular issue of 2017; there's fire and fury in the Siberian wastes in Judge Dredd: "Black Snow" by Michael Carroll and PJ Holden; Absalom takes one step closer to the last face-off in Terminal Diagnosis by Gordon Rennie and Tiernen Trevallion; and The Brutania Chronicles come to its earth-shaking finale in the double-length conclusion to Slaine: Archon by Pat Mills and Simon Davis! The Galaxy's Greatest Comic rounds out its fortieth anniversary year with the traditional bumper Xmas special, a 100-page beast of an issue featuring a stunning line-up of creators and characters! Bad Company are hunted men as they search for the truth behind the Ararat war in "Terrorists" by Peter Milligan and Rufus Dayglo; the ABC Warriors are at each other's throats as Mars descends into chaos in "Fallout" by Pat Mills and Clint Langley; Merlin has awoken and unleashed the Motherless Men in Book 5 of Brass Sun, "Engine Summer," by Ian Edginton and INJ Culbard; Bill Savage discovers the reality behind the "Thousand Year Stare," courtesy of Pat Mills and Patrick Goddard; we flashback to a significant Justice Department character in a one-off The Fall of Deadworld story by Kek-W and Dave Kendall; Ace Garp celebrates the festive season in his own unique way, by Eddie Robson and Nigel Dobbyn; the long-awaited tale of what became of Starlord can finally be told, courtesy of Kenneth Niemand and Henry Flint; and lawman Judge Dredd is caught in a fix... Plus much more!
In Shops: Jan 17, 2018
SRP: $13.50
View All Items In This Series