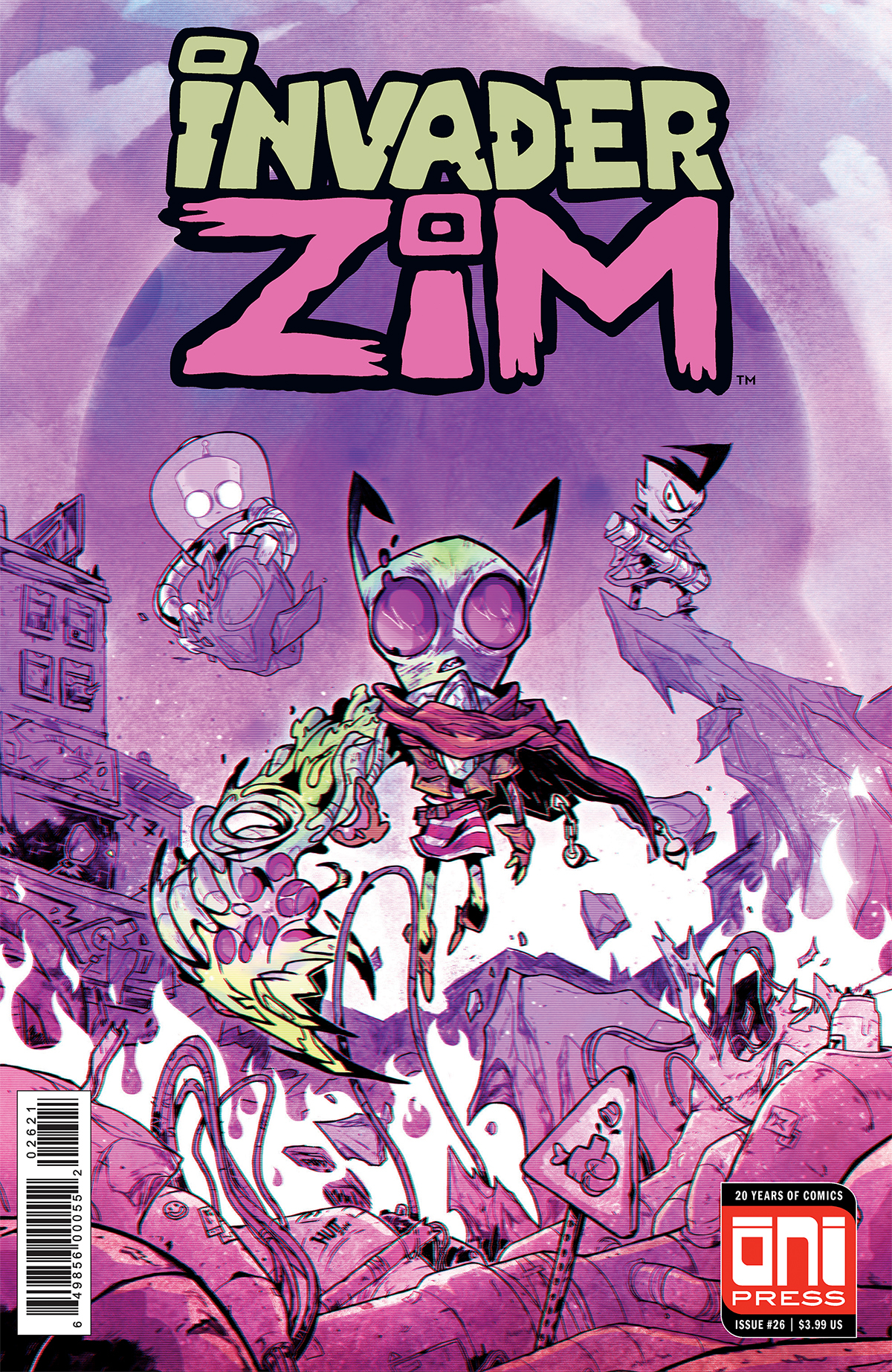 OCT171725
(W) Sarah Graley (A) Sarah Graley (CA) Simon Troussellier
Special one-shot issue written and illustrated by Sarah Graley (Rick and Morty: Lil' Poopy Superstar, Kim Reaper)! There's a new kid in skool, and his name is GIR...B? GIRB?! That's just GIR with an extra B tacked on the end! But somehow the skoolkids are all fooled-except ZIM of course, he'd recognize his lackey... er, slave... er, servant?... anywhere! And also Dib, because he's the only one who can see through bad human disguises, apparently.
In Shops: Dec 13, 2017
SRP: $3.99
View All Items In This Series