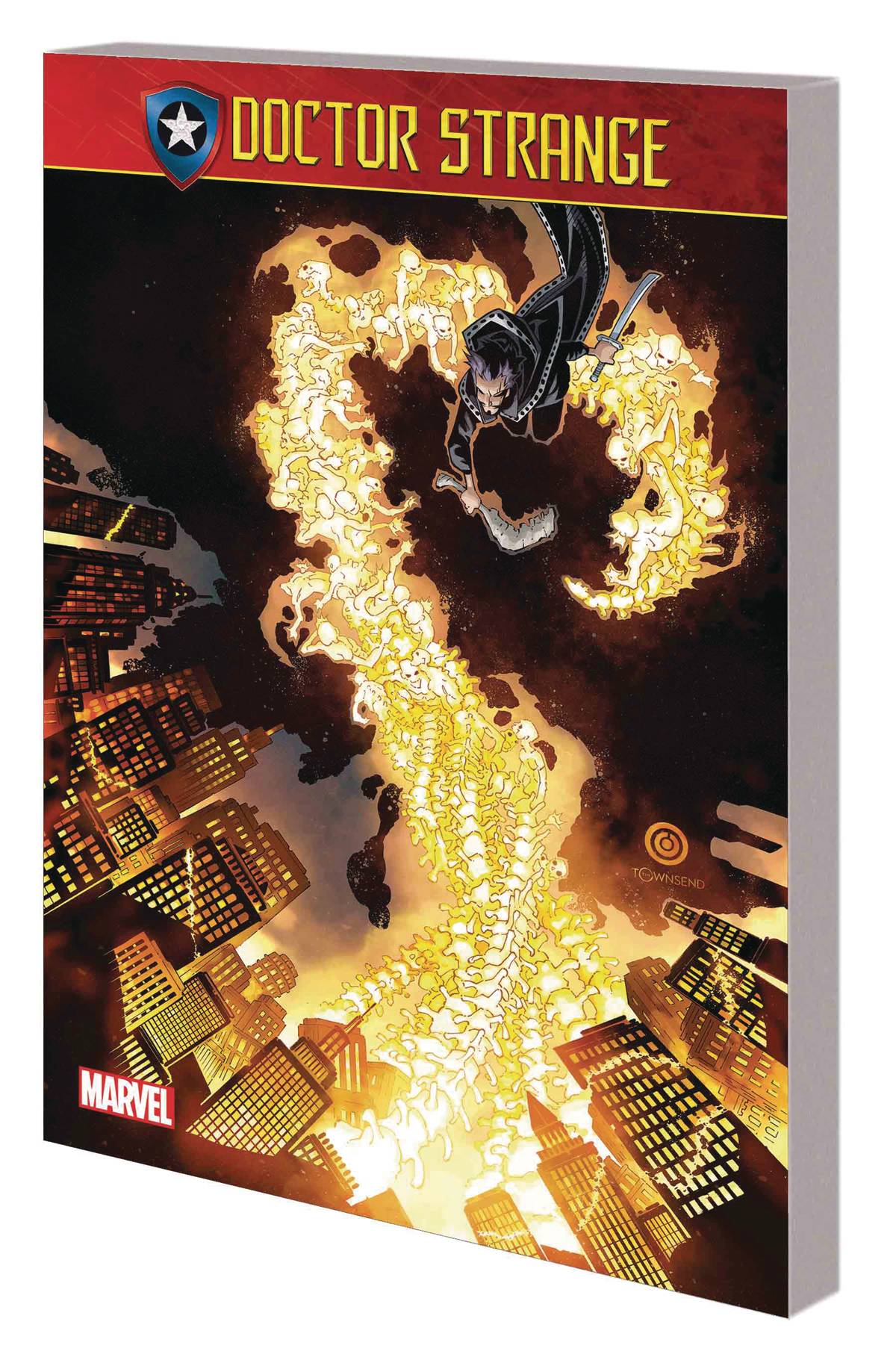 #
OCT171010
(W) Dennis Hopeless, John Barber (A) Niko Henrichon, Kevin Nowlan (CA) Chris Bachalo
The Sorcerer Supreme suffers SECRET EMPIRE! New York City is under attack by dark forces, and only Doctor Strange can save it - but it's a long shot. And to have any hope at all, Strange and Spider-Woman must strike an uneasy alliance with Wilson Fisk, A.K.A. the Kingpin of Crime. Together, they'll take the fight to Baron Mordo! But even if they win, are they ready for the Hydra-occupied America waiting outside of the Darkforce-domed Manhattan? Plus: A mysterious foe barely defeated in the past returns to haunt a much weaker Strange in the present! An evil like you've never seen - could this be the final house call for Doctor Strange and Zelma? Collecting DOCTOR STRANGE (2015) #21-26.
Rated T+
In Shops: Jan 10, 2018
SRP: $17.99
View All Items In This Series
ORDER WISH LIST