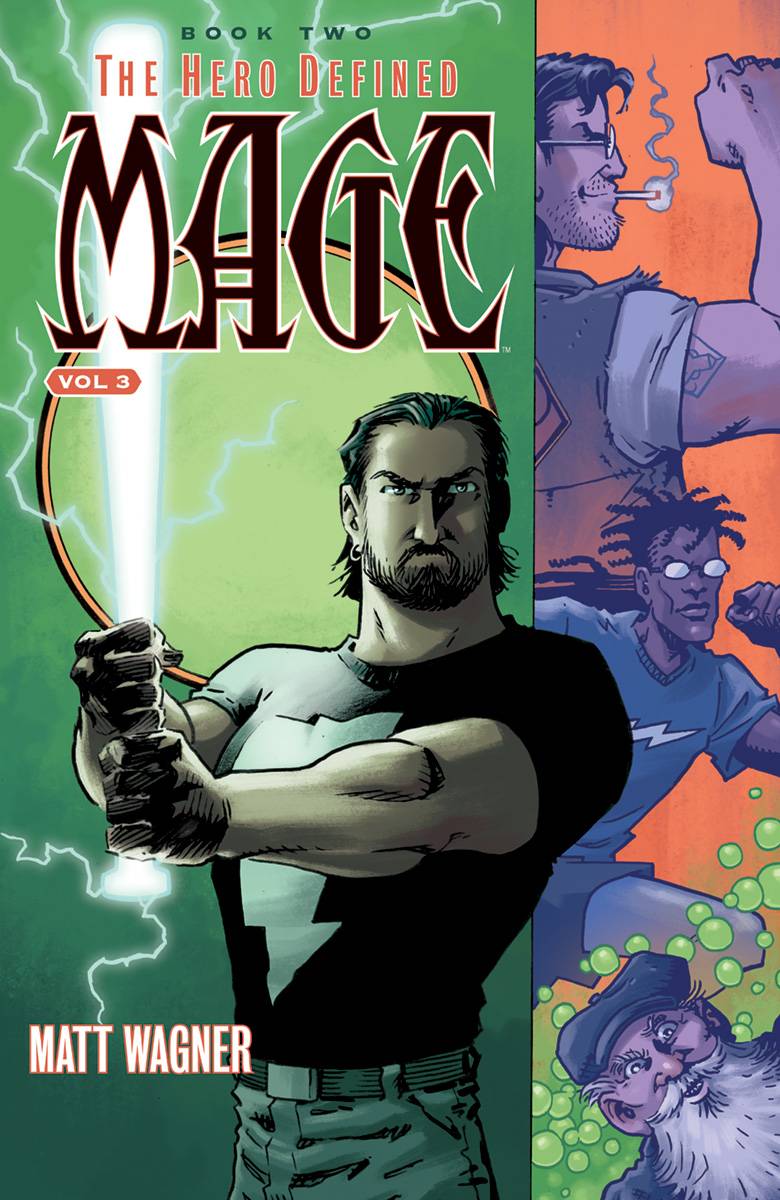 #
OCT170691
(W) Matt Wagner (A/CA) Matt Wagner
The third of six volumes collecting MATT WAGNER's epic fantasy trilogy. THE HERO DEFINED was the series that first saw WAGNER join the ranks of Image Comics creators and continues the saga of the reborn Pendragon, Kevin Matchstick. Several years after the events of THE HERO DISCOVERED, Kevin finds himself partnered with a posse of comrades who also embody the powers and personas of ancient heroes. Together they confront and battle a litany of supernatural challenges, all seemingly orchestrated by an unseen malevolence from Kevin's past.
In Shops: Jan 10, 2018
SRP: $19.99
View All Items In This Series
ORDER WISH LIST