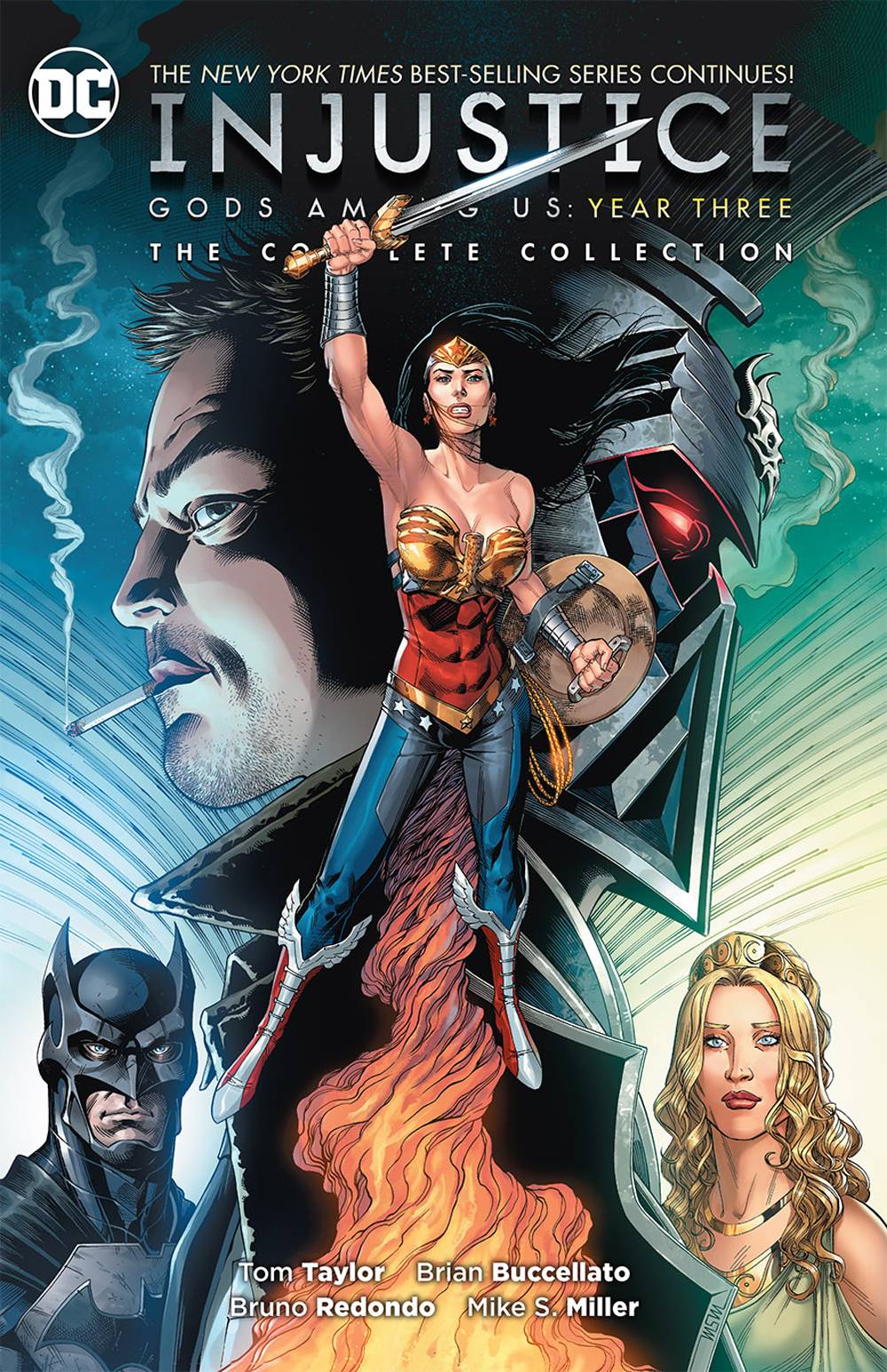 #
OCT170370
(W) Tom Taylor, Brian Buccellato, Ray Fawkes (A) Bruno Redondo, Xermanico, Vicente Cifuentes, Sergio Fernandez Davila, Juan Albarran, Pete Woods (A/CA) Mike S. Miller
The war with the Green Lanterns is over, but it claimed a civilian victim whose death John Constantine will not let go unavenged. Joining forces with Batman, Constantine unites a team of magical beings, superheroes and ordinary humans to finish off Superman. Then, Batman must ask for help against Superman from the one person he would never trust: John Constantine! But will even the might of the dark mage's power be enough against the forces that stand against them? Collects issues #1-12.
In Shops: Jan 10, 2018
SRP: $24.99