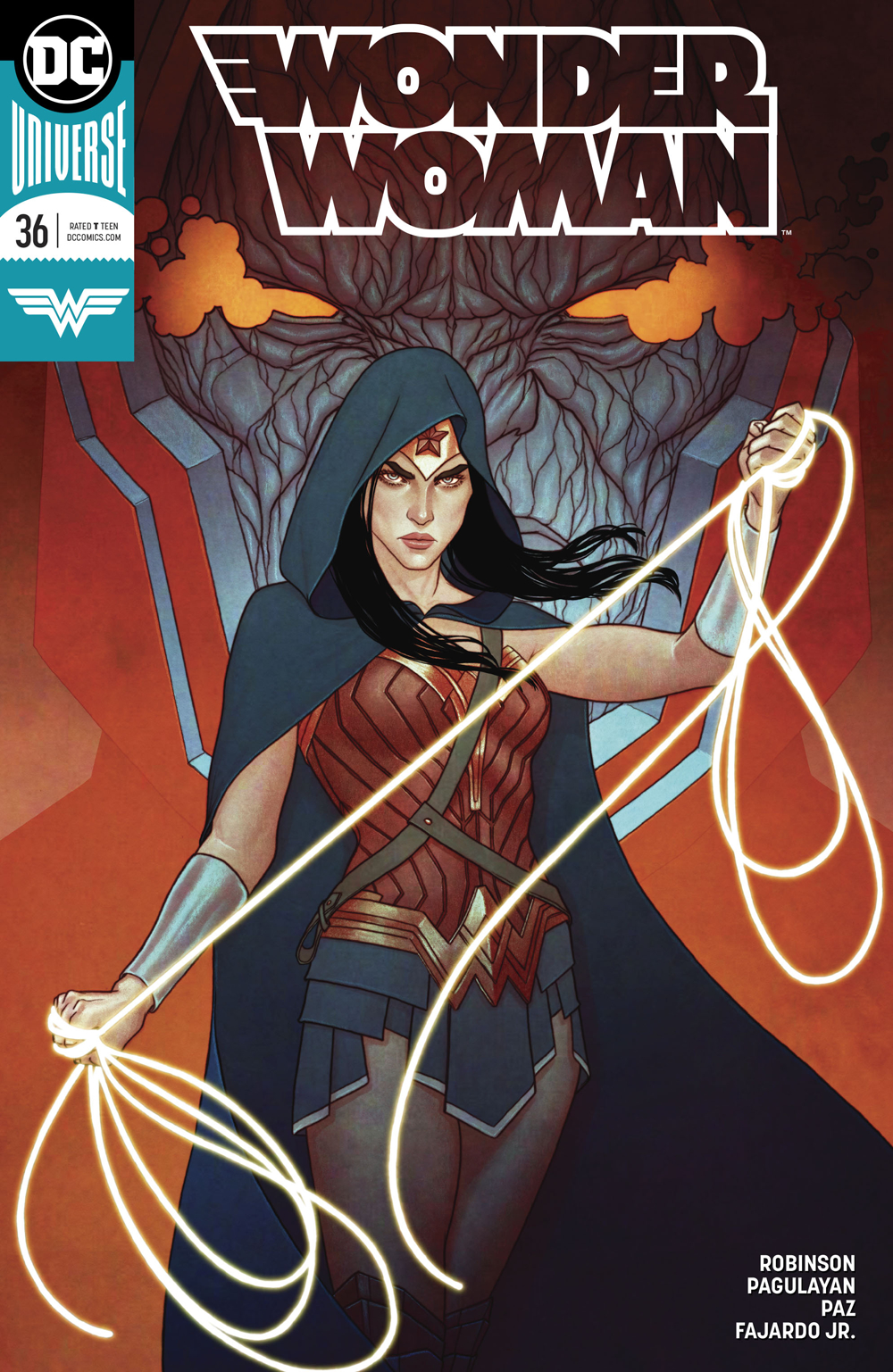 OCT170323
(W) James Robinson (A) Carlo Pagulayan, Jason Paz (CA) Jenny Frison
"CHILDREN OF THE GODS" part four! Captured by Darkseid's daughter, Wonder Woman finds herself in chains and at the mercy of the Lord of Apokalips. As Darkseid begins to steal her powers to increase his rise back to godhood, an unexpected ally appears to face down the one-time God of Evil.
RATED T
In Shops: Dec 13, 2017
SRP: $2.99
View All Items In This Series