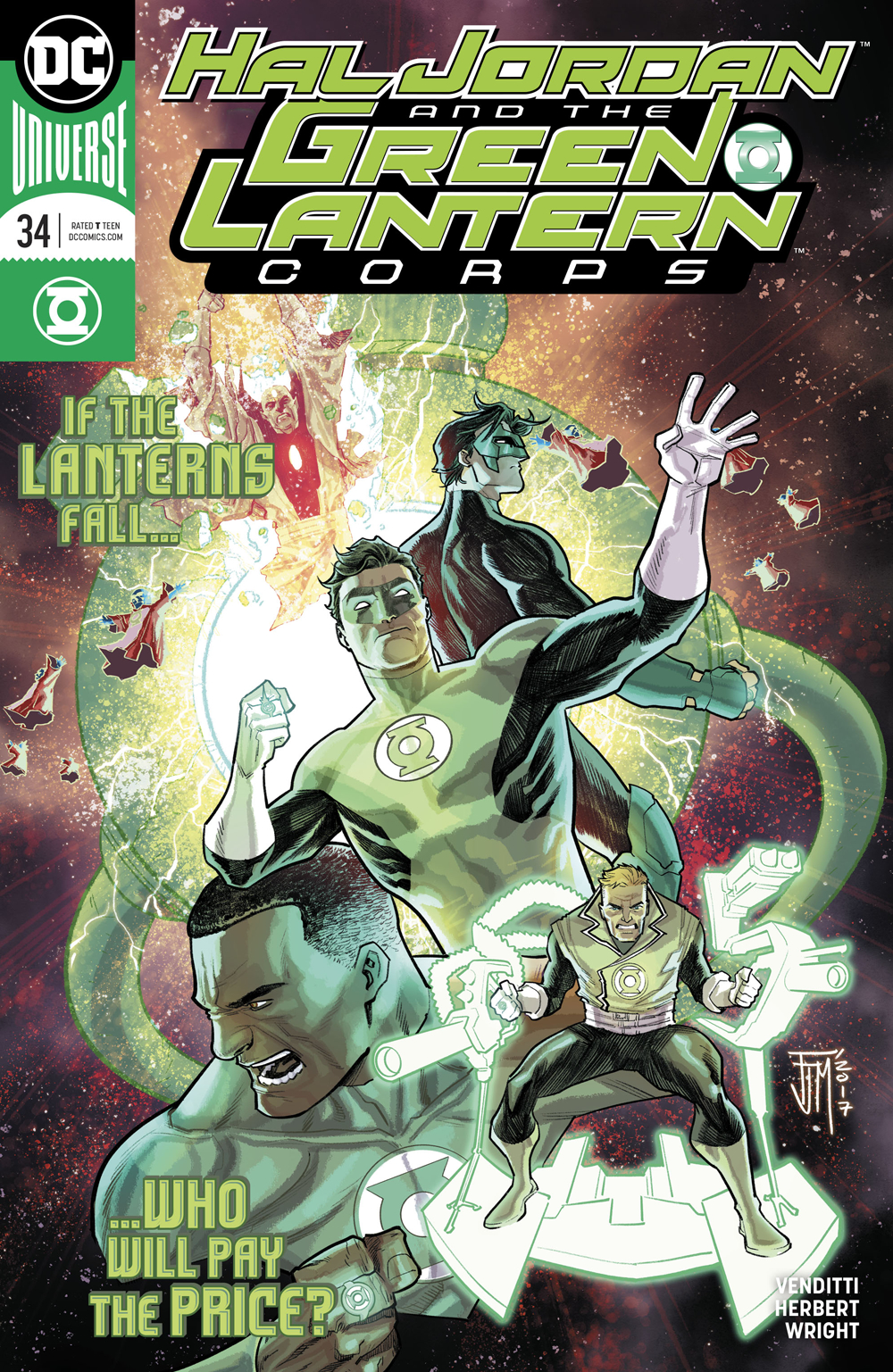 OCT170265
(W) Robert Venditti (A) Jackson Herbert, Tom Derenick (CA) Francis Manapul
"TWILIGHT OF THE GUARDIANS" part two! Captured by their oldest foes, the Controllers, the remaining Guardians of the Universe fight for their lives as Hal Jordan, John Stewart, Guy Gardner and Kyle Rayner race across the cosmos to rescue them. But this Green Lantern strike team may not uncover the clues in time to save their mentors from a deranged plan that would leave the Controllers in charge of the universe!
RATED T
In Shops: Dec 13, 2017
SRP: $2.99
View All Items In This Series