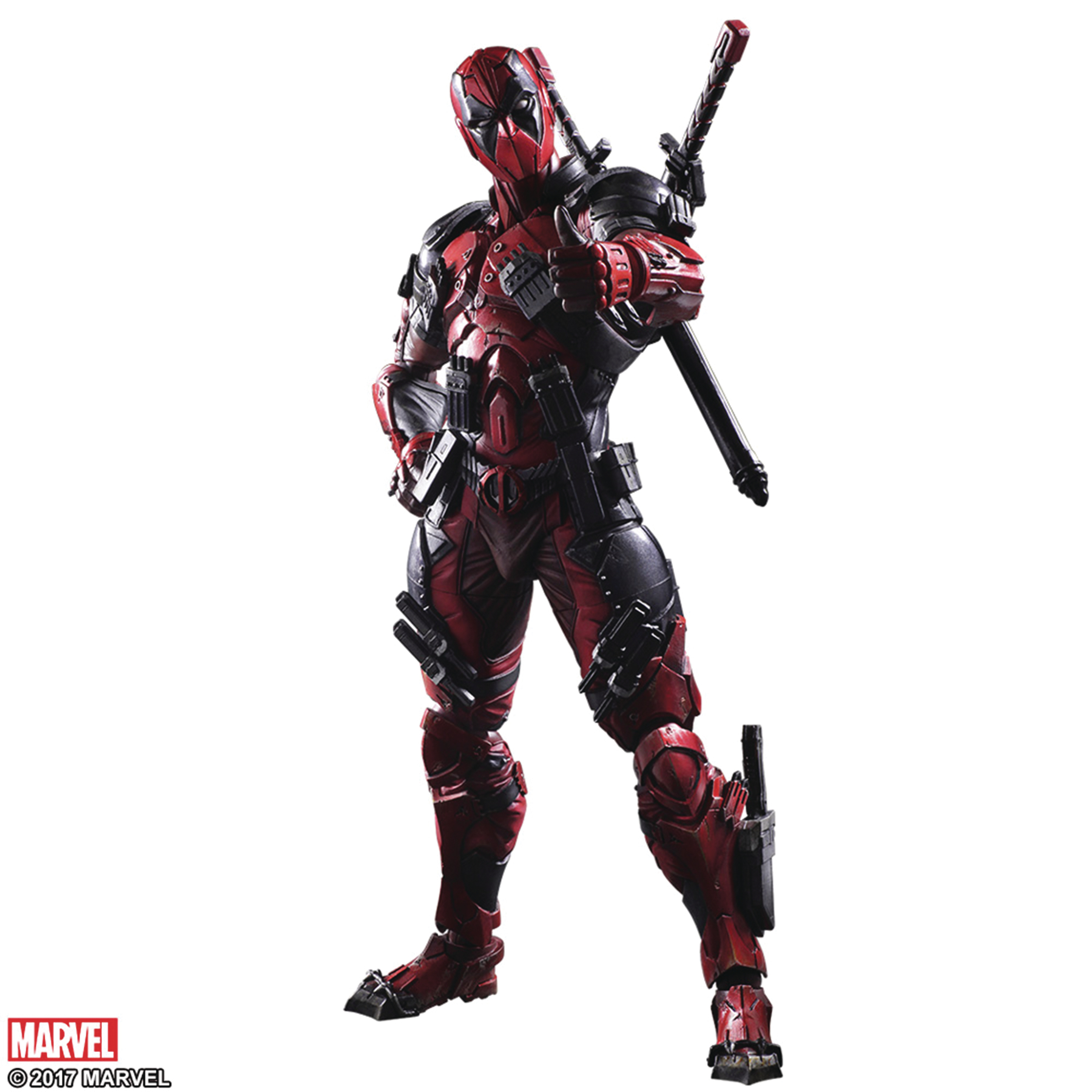 OCT168088
From Square Enix. With great power comes great irresponsibility. Deadpool, based on Marvel Comics' most unconventional anti-hero, descends upon us as a Play Arts Kai action figure! Three interchangeable head pieces featuring different facial expressions and a variety of interchangeable hands are included so the collector can enjoy Deadpool's comical and expressive character. With a wide range of motion, it is easy to recreate poses from mischievous gestures to powerful action stances. The paintwork keeps in line with the image of Deadpool portrayed in the film, with the application of deep red gradation on top of a more vivid metallic color. The weathering effects on the armor evoke the sharp contrast between Deadpool's silly attitude and serious badassery.