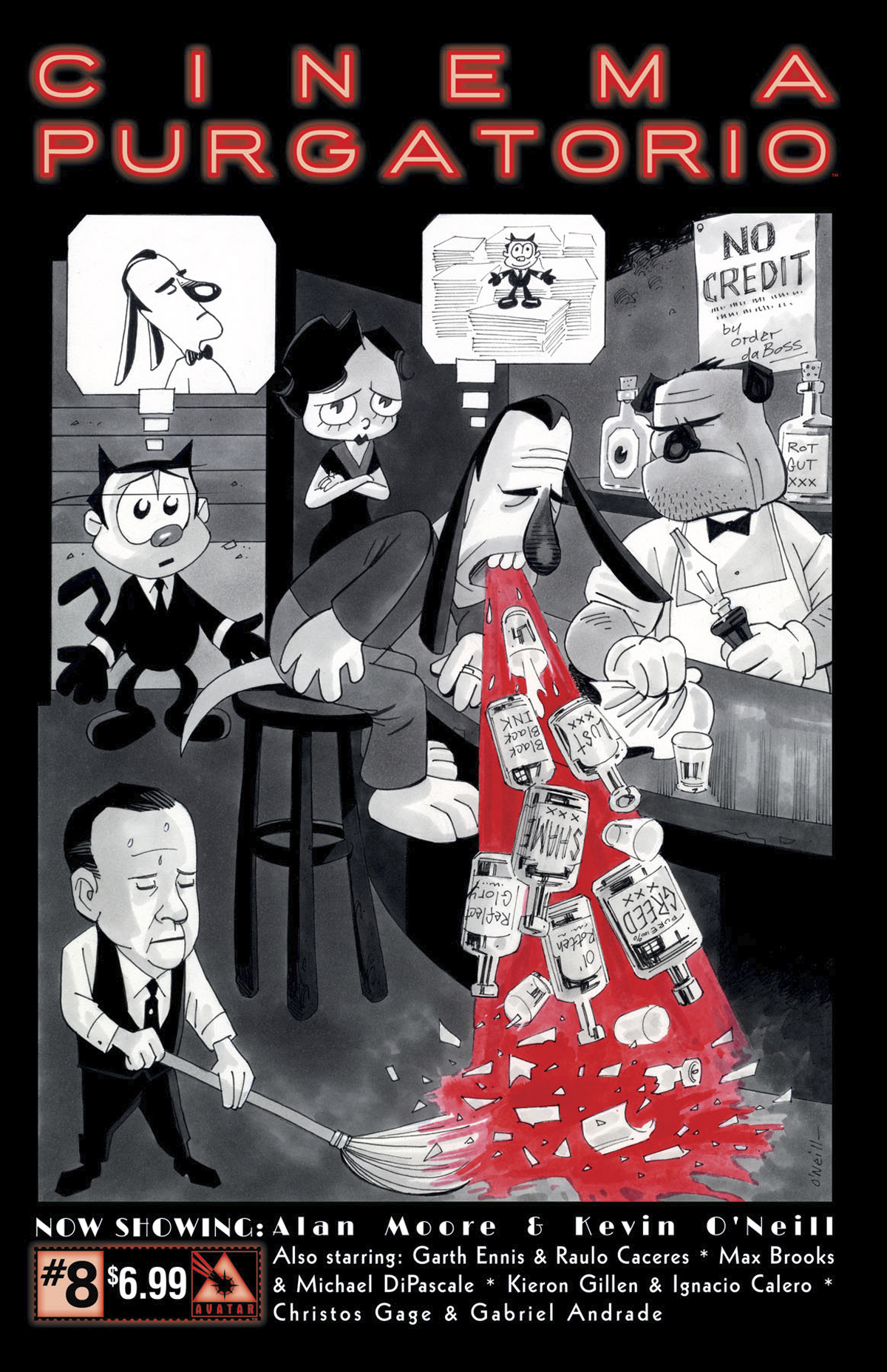 OCT161250
(W) Alan Moore, Garth Ennis, Max Brooks, Kieron Gillen, Christos N. Gage (A) Raulo Caceres, Michael DiPascale, Ignacio Calero, Gabriel Andrade (A/CA) Kevin O'Neil
A deep seeded dread spreads over you as you sit in the otherworldly movie theatre.  The smell of burnt popcorn is tinged with something else, something coppery... blood?  As the first film starts to dance across the screen you hear a strangled choke from behind you.  What have you gotten yourself into?  This is the theatre of the surreal from the imagination of the one and only Alan Moore!  Prepare yourself for twisted tales from the masters of the art form.  Now showing: Cinema Purgatorio by Alan Moore and Kevin O'Neill, A More Perfect Union by Max Brooks and Michael DiPascale, Code Pru by Garth Ennis and Raulo Caceres, Modded by Kieron Gillen and Ignacio Calero, and The Vast by Christos Gage and Gabriel Andrade. Each story has its own cover by the series artist and there is also an Ancient Tome Premium edition limited to 1000 copies.
In Shops: Mar 01, 2017
SRP: $6.99
View All Items In This Series
ORDER WISH LIST