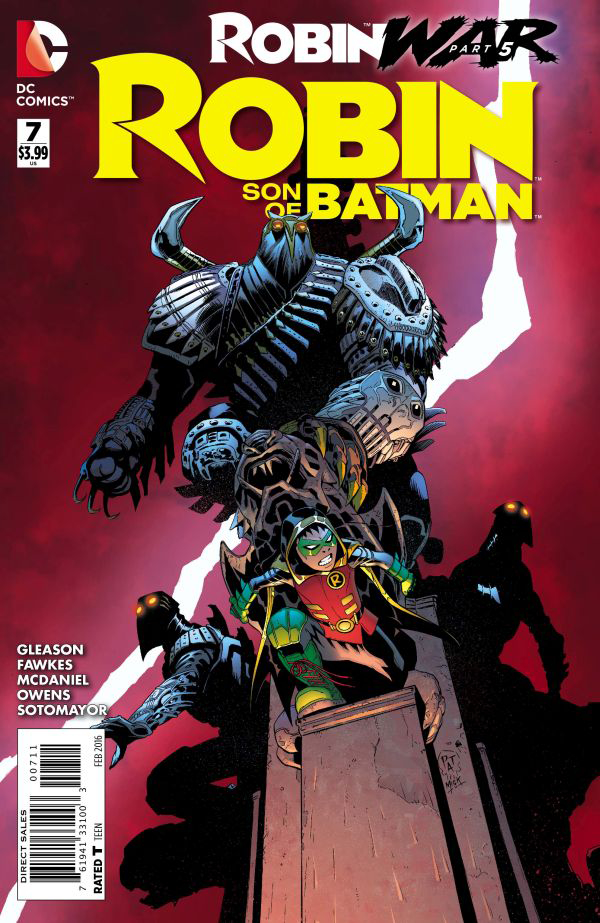 OCT150160
(W) Patrick Gleason, Ray Fawkes (A) Scott McDaniel, Andy Owens (CA) Patrick Gleason, Mick Gray
DAMIAN SAVES GOTHAM CITY-YES, AGAIN!
"Robin War" part 5. In the aftermath of the cage match in WE ARE ROBIN #7, it's utter chaos as the Court of Owls unleashes hundreds of imprisoned Robins to fight for survival- and to become the one and only Gray Son!
Don't miss the shocking conclusion to "Robin War" in next month's ROBIN WAR #2!
In Shops: Dec 23, 2015
SRP: $3.99
View All Items In This Series