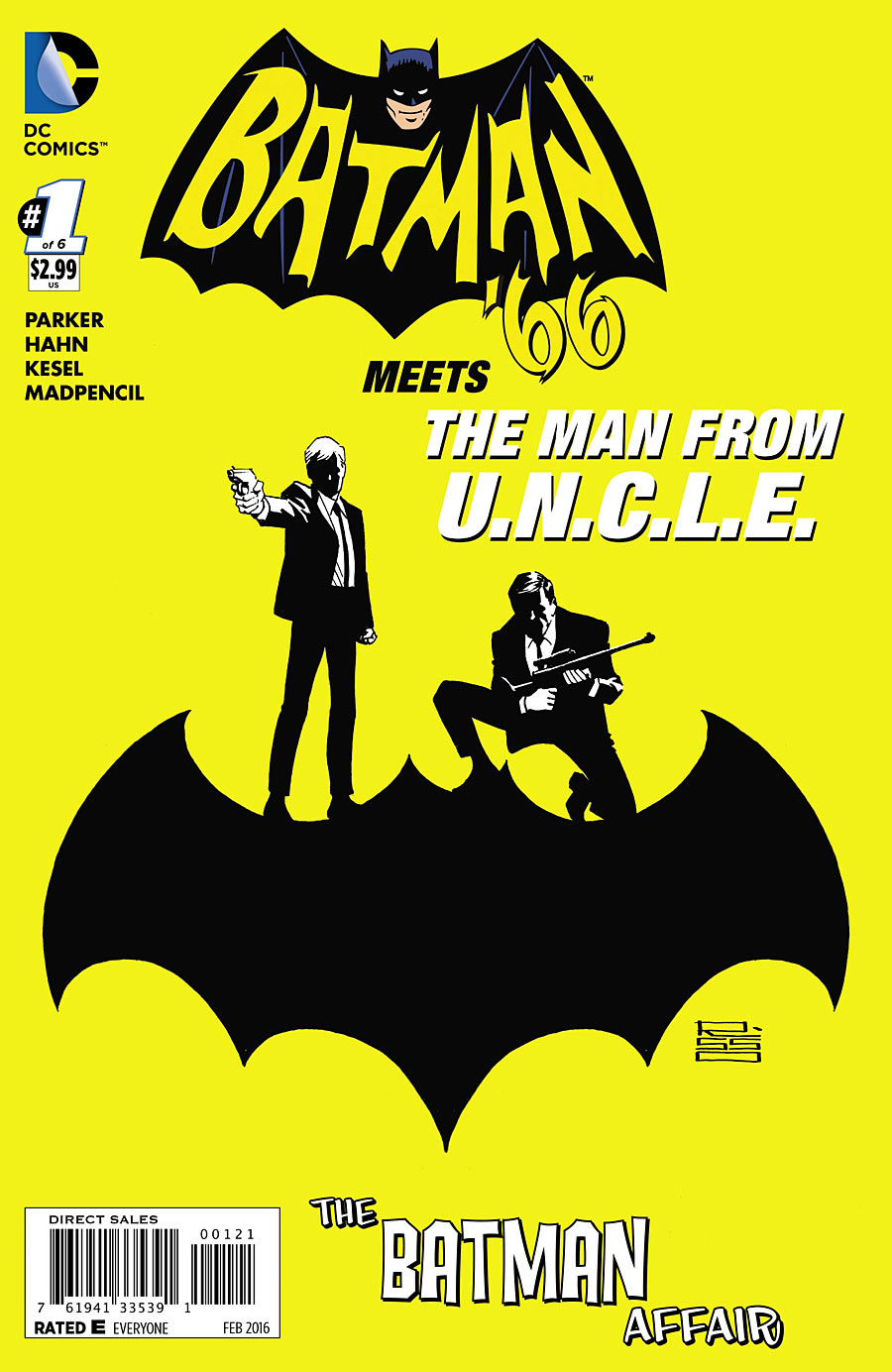 OCT150154
(W) Jeff Parker (A) David Hahn (CA) Eduardo Risso
Two 1960s television icons cross paths for a groovy, globe-spanning adventure in this one-of-a-kind miniseries. The deadly organization known as T.H.R.U.S.H. has a new twist in their plans for world conquest-they're recruiting some of Gotham City's most infamous villains! Agents Napoleon Solo and Illya Kuryakin bring this information to the one man who knows everything about these new enemies: Batman. Before you can say "Open channel D," the Dynamic Duo and the Men from U.N.C.L.E. are jetting off to Europe to thwart the schemes of this deadly criminal cartel.
In Shops: Dec 23, 2015
SRP: $2.99
View All Items In This Series