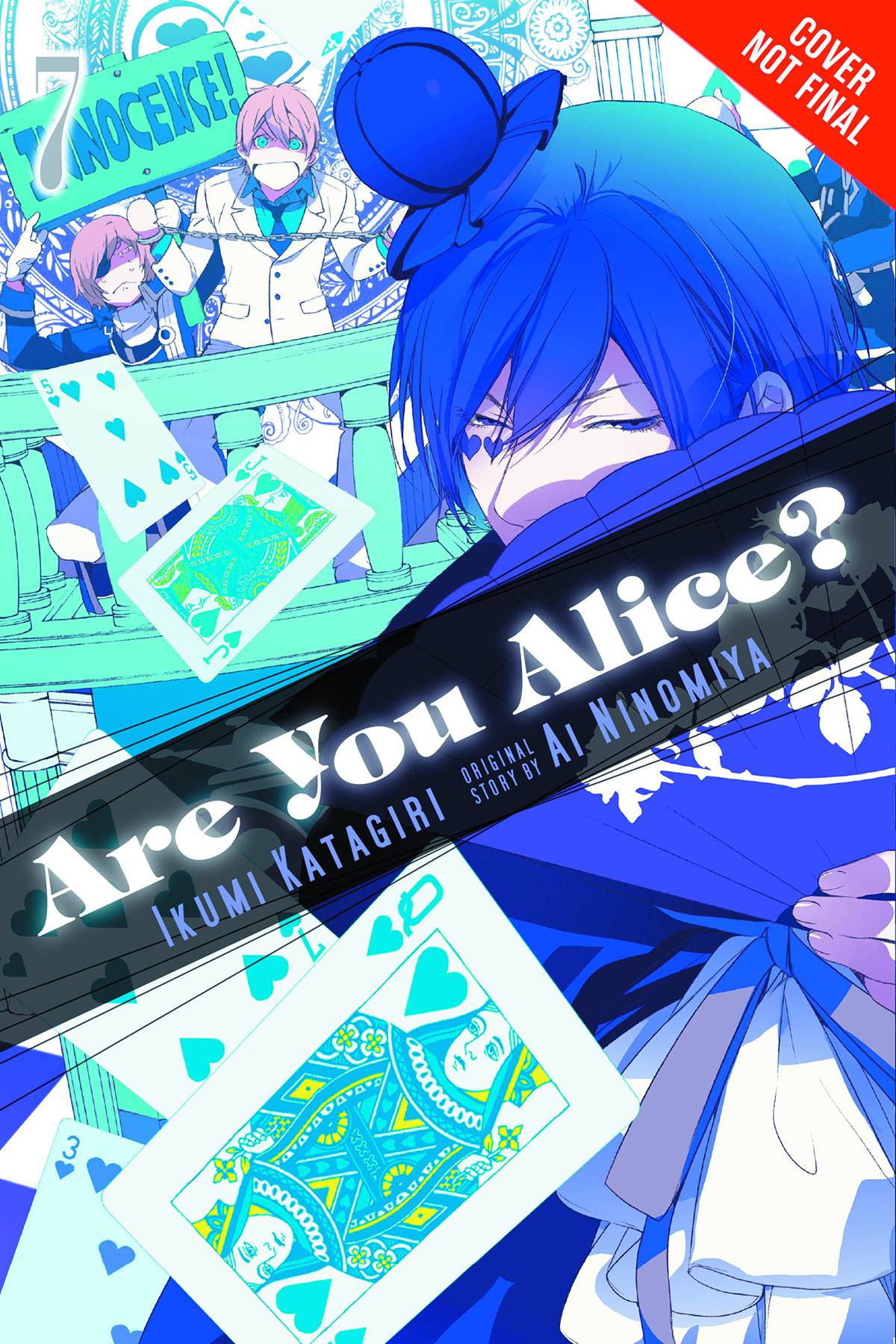 #
OCT141772
(W) Ikumi Katagiri (A/CA) Ai Ninomiya
A twist on Alice's Adventures in Wonderland in which "Alice" is a boy whose "adventures" more closely resemble a gunfight! It's a very special holiday in Wonderland, the one day a year when everyone can take a break from Alice. In celebration, the Queen of Hearts is throwing a grand bash, and everyone in Wonderland is invited! Everyone except Alice, that is. Outraged when the Hatter abandons him for the festivities amidst reassurances that absolutely no one is bold enough to break the rules and come after him, Alice knows well enough that he'll never be so lucky. But even Alice is surprised when, of all people, the Jack of Hearts attempts to abduct him!
In Shops: Dec 17, 2014
SRP: $13.00
View All Items In This Series