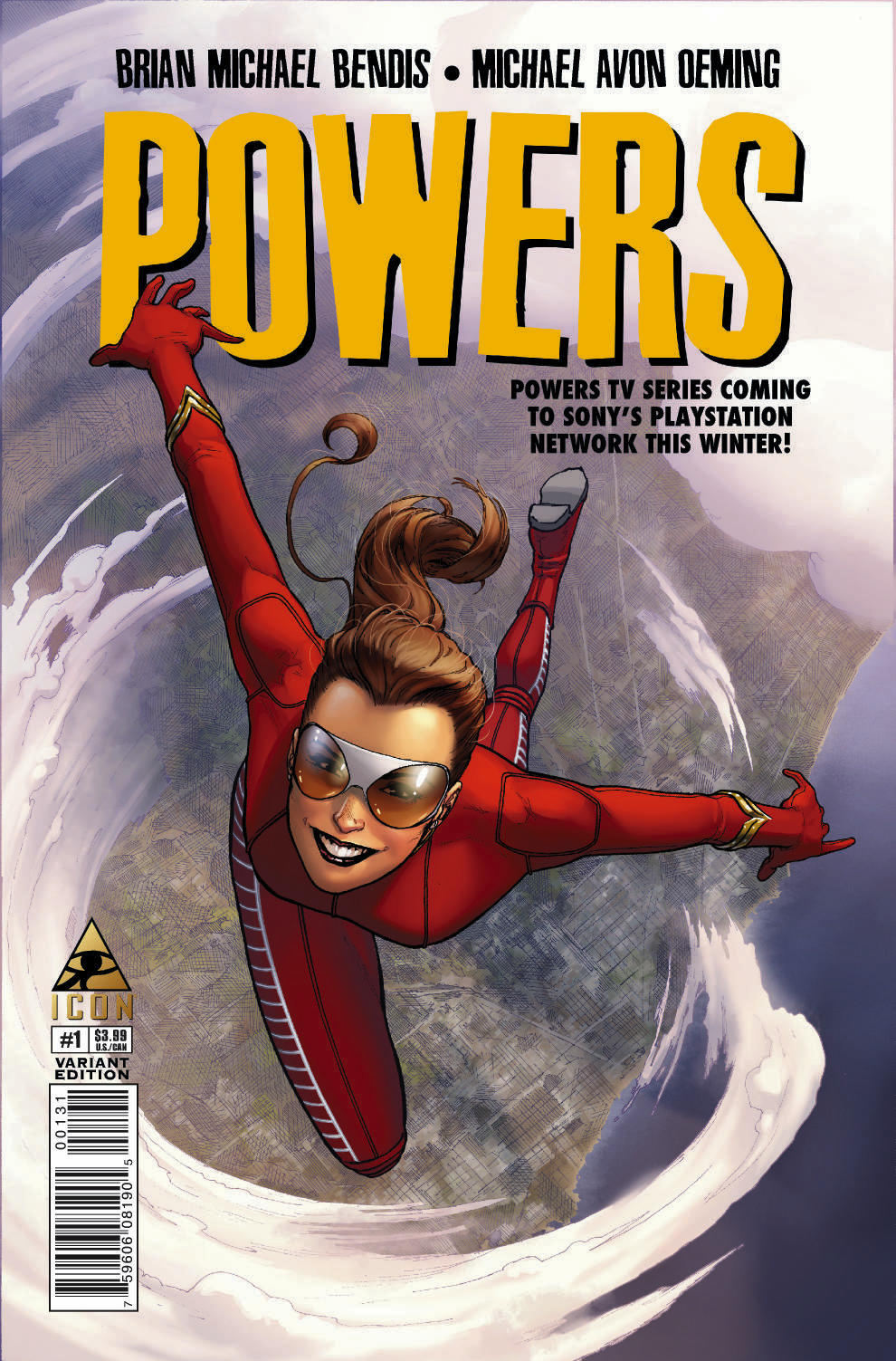 OCT140906
(W) Brian Michael Bendis (A) Michael Avon Oeming (CA) David Marquez
Just in time for the debut of the long-awaited POWERS TV show comes this brand-new number one, a perfect jumping-on point for fans new and old! The Eisner Award-winning POWERS tells the story of homicide detectives Christian Walker and Deena Pilgrim, who are assigned cases specifically involving powers. If a superhero falls dead from the sky or a super villain is found dead in the gutter, it's up to Walker and Pilgrim to solve the case. But having barely survived the most harrowing case of their careers and discovering government corruption of the highest level, Walker and Pilgrim are now faced with the most difficult decision they've ever had to make. Plus: the discovery of a power no one has ever seen before! This issue - double sized for the regular price - will also include an exclusive behind-the-scenes look at the making of the POWERS TV show with never-before-seen pictures from the set.
Mature
In Shops: Jan 21, 2015
SRP: $3.99
View All Items In This Series