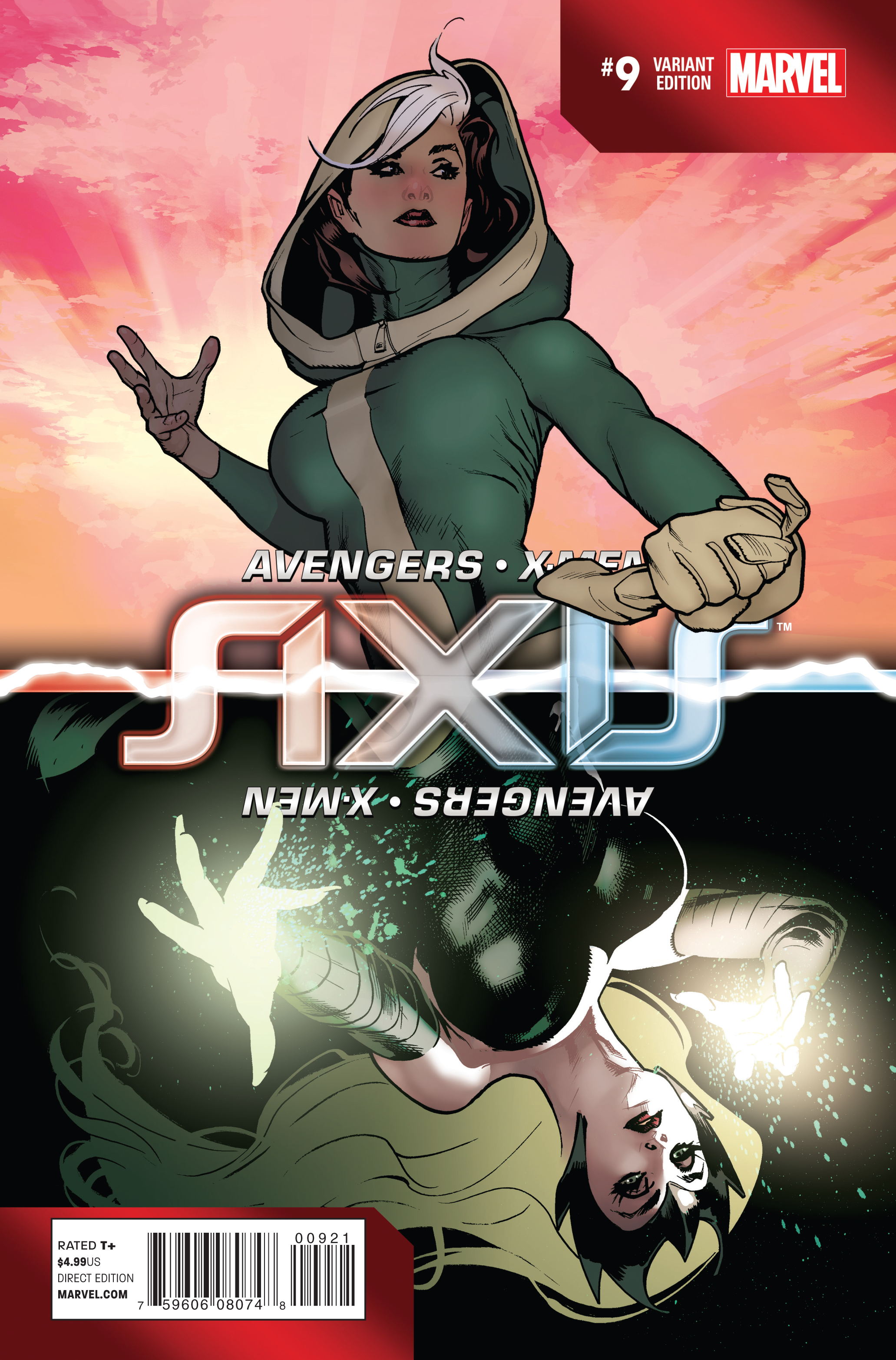 OCT140789
(W) Rick Remender (A) Jim Cheung (CA) Adam Hughes
ACT III: NEW WORLD DISORDER
•  Who will live? Who will die? Who will remain inverted? A shocking climax that promises to crack the Marvel Universe to its very core!
•  An old foe must claim the mantle of his greatest enemy to save the lives of all he cares for!
•  An X-Man's horrifying fate! An Avenger's appalling choice! If you read only one comic this century - This is it!
Rated T+
In Shops: Dec 24, 2014
SRP: $4.99
View All Items In This Series