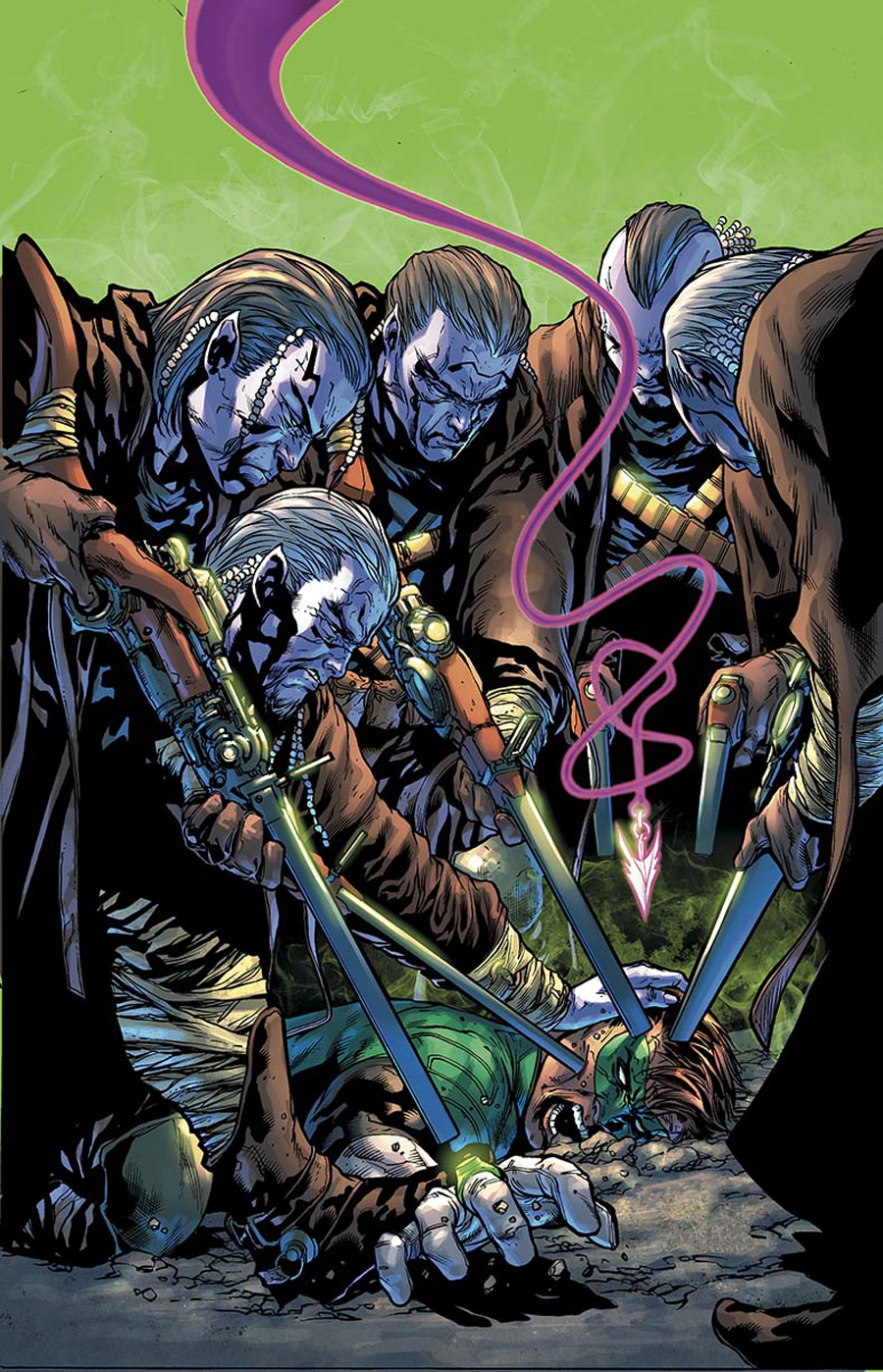 OCT130208
(W) Robert Venditti (A) Rob Hunter (A/CA) Billy Tan
Still in disarray after the events of "LIGHTS OUT," Hal and Kilowog struggle to enforce the Corps' new directive against Star Sapphire Nol-Anj! Having revealed a command of the Violet light unlike any the Corps has encountered before, Hal makes an earth-shaking decision. Is his win-at-all-costs attitude exactly the kind of leadership the Corps needs, or is he walking them into their next trap?
In Shops: Dec 04, 2013
SRP: $3.99
View All Items In This Series
ORDER WISH LIST