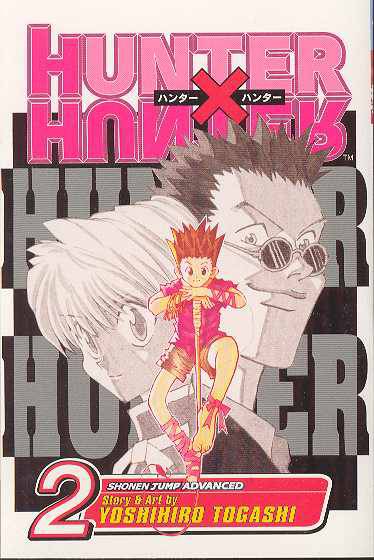 #
OCT128194
(W) Yoshihiro Togashi (A) Yoshihiro Togashi
Gon and his friends Leorio and Kurapika have more to worry about than just the Hunter Exam-their fellow applicants are deadly serious. Hisoka, the mad magician, nearly kills them in a mock test and Killua reveals that appearances can be deceiving. Then there are the tests, which prove to be as varied as they are difficult. The picky proctors of the second exam demand the applicants perform culinary feats of wonder, and it takes the intervention of the President of the Hunter Association Review Board to convince them to let anyone pass at all. The third exam tests the would-be Hunters' speed and smarts as they race through a tower maze. Will an unexpected encounter end the exam for Gon and his friends? T+ Rating
In Shops: Aug 05, 2015
SRP: $9.99
View All Items In This Series
ORDER SUBSCRIBE WISH LIST